The chemicals giant will pump up to $50m into the project located in Nevada, US over the next five years, boosting the country's sole active lithium operation 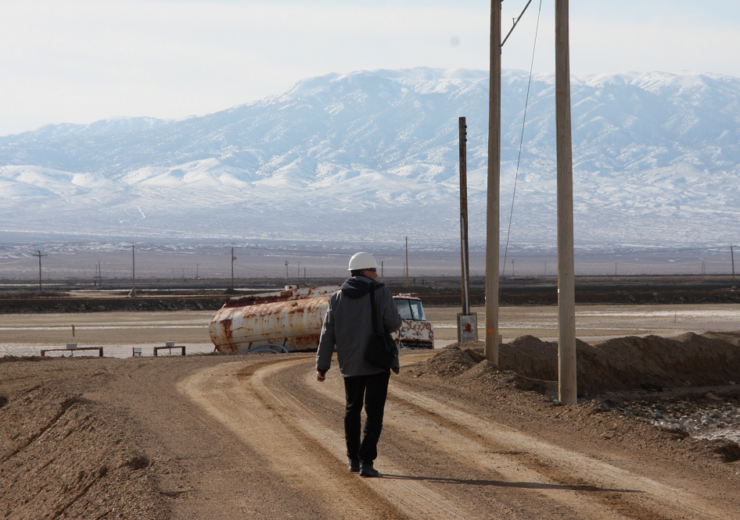 Silver Peak is located in the Clayton Valley of Nevada, US (Credit: Albemarle)

Albemarle, the world’s largest lithium producer, plans to double production at its Silver Peak facility in Nevada, US over the next five years, amid growing demand from the country’s electric vehicle (EV) market.

The North Carolina-based chemicals manufacturer says it will invest $30m-$50m by 2025 to expand capacity at the site, where lithium is extracted from brines in the Clayton Valley basin.

It will also start exploration of clay deposits, and assess new technologies that could “accelerate the viability” of lithium extraction from these resources.

Lithium has grown in stature in recent years as a key component of the rechargeable batteries that power an expanding fleet of electric vehicles, as well as other technologies that will enable the low-carbon energy transition.

Although the US is home to the world’s fourth-biggest reserves of lithium, current production levels in the country remain minimal. With domestic demand poised to grow, producers are looking for ways to better maximise this national resource.

“Our priority is to optimise our world-class resources and production,” said Eric Norris, Albemarle’s president for lithium. “This includes Silver Peak, a site uniquely positioned as the only lithium-producing resource in the United States.

“This investment in domestic capacity shows that we are committed to looking at the many ways in which Silver Peak can provide domestic support for the growing EV market.”

Albemarle can strengthen US lithium security through Silver Peak expansion

“The motivation would seem clearly to be to bulk up its US operations as lithium and EVs become of more strategic importance this decade, particularly perhaps under the new green-friendly Biden administration,” Jackson said.

During his presidency, the Trump administration has made a series of interventions aiming to boost the US’ capacity to produce “critical minerals”, including lithium.

While they are deemed of strategic importance, the country relies heavily on imports – particularly from countries like China and Russia – and establishing a domestic supply chain is considered important to boosting US mineral security amid growing demand.

Silver Peak currently produces lithium from brine deposits, and Albemarle says it will explore new ways to optimise extraction from these resources, including via a Department of Energy-sponsored research project alongside Argonne National Laboratory.

As well as the Nevada facility, Albemarle has other US lithium interests, including brine resources in Arkansas and the Kings Mountain site in North Carolina – which it says is “one of the richest spodumene ore deposits in the world”.

Spodumene is a lithium-rich hard rock ore that offers an alternative extraction option to brine resources.