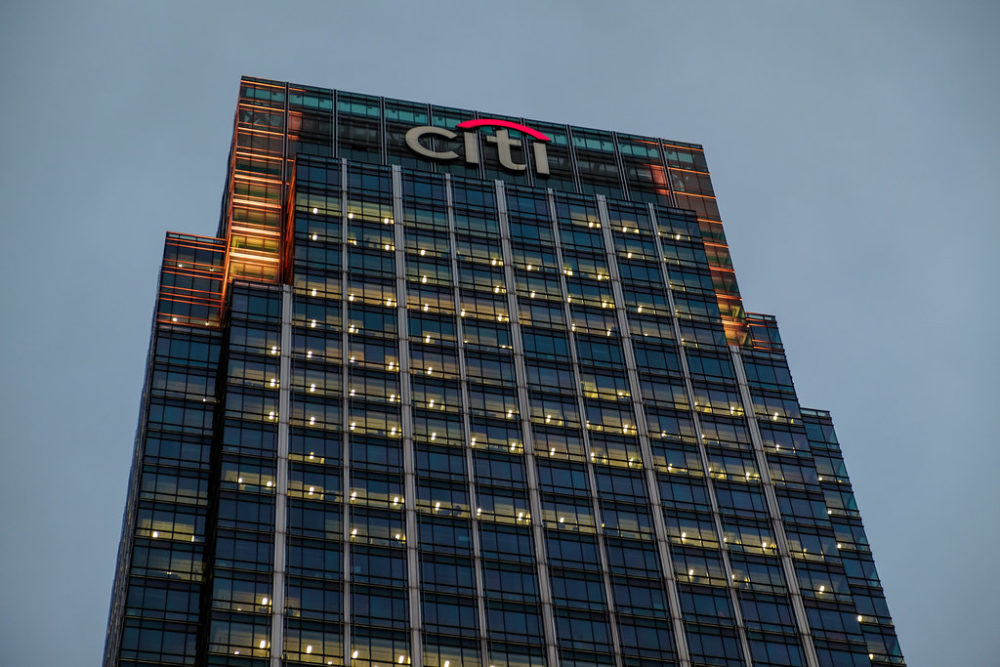 Citi said it recognises that emissions from fossil-fuel sectors in particular must be 'drastically reduced in the coming decade' (Credit: Flickr/Håkan Dahlström)

The US multinational investment bank and financial services firm made the announcement in a statement this week in support of the global shift away from high-polluting fossil fuels.

The group confirmed that by 2025, it will cut its credit exposure to coal-mining companies in half and no longer provide underwriting and advisory services to the industry, with plans in place for any remaining exposure to be completely eliminated by 2030.

In its statement, Citi said it recognises that emissions from fossil-fuel sectors, in particular, must be “drastically reduced in the coming decade,” Bloomberg reported.

It added: “The shift away from fossil fuels in pursuit of renewable and other sources of low-carbon energy will have a significant effect on clients in coal-fired power generation, coal mining and certain segments of the energy sector.”

Why Citi is to stop funding thermal coal-mining companies

There has been increasing pressure on major banks over the last few years to cut back on their financing for fossil fuel-related projects and increase their efforts in providing responsible lending.

That shift has been supported by a surge in popularity for the global responsible loans market, which reached more than $110bn in July 2019 – representing a 40% increase from a year earlier, according to US credit rating agency S&P Global Ratings.

On top of that, the appetite amongst investors is increasing for renewables, with prices continuing to drop and many experts taking the view that they are a safer long-term investment compared to fossil fuels.

Citi has been increasing its environmental efforts in recent years and delivered one of its green targets four years ahead of schedule in 2019, when it put $100bn towards activities to combatting climate change.

It was one of 130 banks that committed in September to aligning their models to match the goals laid out by the UN’s 2015 Paris Agreement, which is aiming to cap the rise in global temperatures at “well below” 2C.

The group confirmed it will not provide project-related financial services for transactions that support the construction or expansion of coal-fired power plants, including refinancing recently constructed plants.

It will also dismiss any financing opportunities for oil and gas exploration, development and production in the Arctic Circle – an activity the bank claims to have not previously been involved in.

With banks continuing to reduce their financing for coal projects, the industry could be set for some difficult times in the near future following the effects of the coronavirus pandemic.

Most of the disruption to date has so far been felt in China, where the virus first broke out at the end of 2019, in the city of Wuhan.

According to data and analytics firm GlobalData, coal production declined by about 6% in the first two months of this year.

Following previous lockdown measures in China, the majority of mining operations are now back up and running again, but a 1.2% production decline is anticipated by the year-end.

Over the next four years, production of thermal coal is expected to grow at a compound annual growth rate (CAGR) of 1.9% to reach 7.6Bt by 2023, due to increasing demand from India and China.

But the US Energy Information Association (EIA), a federal government agency, is anticipating a huge decline in coal production across the US — the third-largest consumer of the fuel.

The EIA believes the lower production reflects “declining demand for coal in the electric power sector, lower demand for US exports, and a number of coal mines that have been idled for extended periods as a result of the virus”.