Austria is looking to appeal against a judgment passed by the European Union’s General Court in Luxembourg in July that the proposed 3.2GW Hinkley Point C nuclear power plant in the UK was within the European Union (EU) rules. 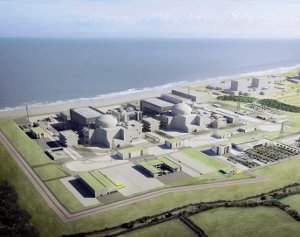 In 2015, the Austrian government filed a legal complaint with the European Commission against state subsidies to the £19.6bn Hinkley Point C nuclear power plant to be built in Somerset by EDF and China General Nuclear Power.

However, the legal challenge from Austria was turned down by the General Court. The Austrian government opposed the project on the basis that rules were violated by the UK when it accepted a deal to guarantee the price of power generated from the proposed nuclear power plant.

The project was approved by the European Commission in 2014 after coming to a conclusion that the nuclear power plant would not create any competition problems.

Austrian Sustainability Minister Elisabeth Koestinger has made the country’s intentions clear of appealing against the order passed by the EU judge in a higher court.

In an interview with Austrian newspaper Kronen Zeitung, Koestinger has been quoted to have said: “Our lawyers have examined this in detail in the past weeks. We believe the chances of an appeal remain intact.”

The Austrian Sustainability Ministry is expecting the cabinet to formally give its consent to file an appeal against the General Court ruling that rejected its arguments against the Hinkley Point C nuclear power plant, Reuters reported.

The proposed nuclear plant, which is scheduled to be completed by 2025, will involve construction of two EPR nuclear reactors. Upon its commissioning, Hinkley Point C is expected to supply low-carbon power to nearly six million homes while covering around 7% of the UK’s power requirements for the next 60 years.

In late June, GE Power announced that its Steam Power unit had started manufacturing the first rotor of the Arabelle steam turbine for the nuclear power plant as part of a contract given to it in May 2016.