From offshore China to onshore Spain, wind power capacity is growing rapidly around the world as the clean energy transition accelerates 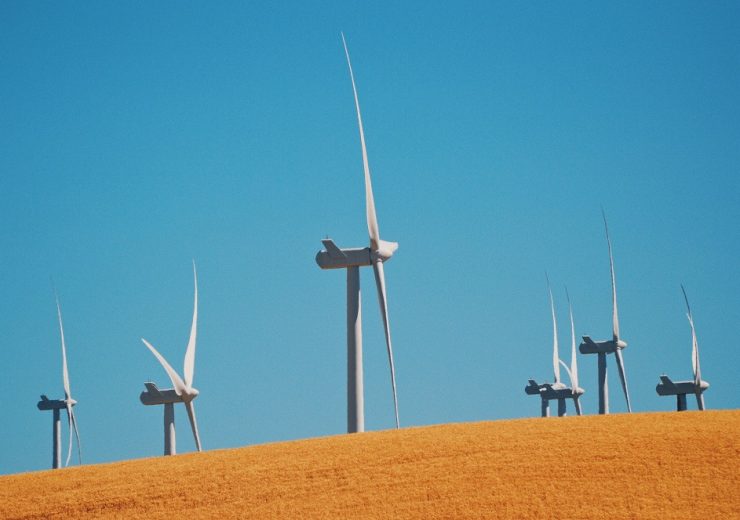 Along with solar, wind power has become the dominant technology of the low-carbon energy shift as the world attempts to reduce emissions (Credit: m h /Unsplash)

Wind energy capacity is growing rapidly around the world as countries transition away from fossil fuels in favour of low-carbon alternatives, in an effort to reduce emissions and limit global warming.

The technology can be deployed either onshore – which is by far the largest market – or offshore, using either fixed-bottom turbines anchored to the sea floor or, on a much smaller scale, floating structures that can be based in deeper waters.

According to the Global Wind Energy Council (GWEC) in its Global Wind Report 2021, the entire global wind power fleet, both onshore and offshore, totalled 743 gigawatts (GW) at the end of 2020.

That is enough to avoid more than 1.1 billion tonnes of CO2 globally – roughly equivalent to the annual carbon emissions of Japan, the world’s fifth-highest emitting country.

But wind markets are continuing to grow as the industry matures and costs of deployment come down, and GWEC says current growth rates will need to triple worldwide by 2030 in order to set the right course to meet mid-century climate targets.

Here, we profile the top five countries that have installed the most wind energy capacity, as of 2020.

Top five countries with the highest wind energy capacity in 2020

China boasts the world’s largest capacity for wind energy, totalling just over 288 GW at the end of 2020 – having added 52 GW of new power during that year, far more than any other country.

Just over 278 GW of China’s fleet is onshore wind, with the remaining 10GW based offshore.

The size of this offshore wind sector puts China second only to the UK in terms of the global offshore market.

Despite having the world’s largest wind (and solar) power capacity, the vastness of the Chinese economy means it also produces 53% of the world’s coal-fired electricity.

As the country targets carbon neutrality by 2060, wind as well as other renewable sources are likely to grow even further as coal plants are gradually retired to meet decarbonisation goals.

Second on the list is the US, which has around 122 GW of installed wind capacity – almost all of which is based onshore.

In 2020, the country added 17 GW of new wind capacity, second behind China and an 85% year-on-year increase.

Texas leads the pack among US states for wind power generation, while Wyoming, Oklahoma, Iowa and Missouri have also been active in developing the technology.

Onshore has to date been the primary source of wind power in the US, but there are growing expectations for a surge in offshore projects over the coming years.

President Joe Biden has announced a target of 30 GW offshore wind capacity to be installed by 2030, and has mobilised several government departments to oversee the rapid expansion of this industry as part of a broader effort to fully decarbonise the US power system by 2035.

Wind power supplied 27% of Germany’s electricity in 2020, according to trade group Wind Europe, with onshore delivering 103 terawatt hours (TWh) during the year and offshore providing 27 TWh.

The country aims to supply 65% of all its electricity consumption from renewable sources by 2030, and in order to meet this ambition policymakers plan to have 71 GW of onshore wind capacity by 2030, as well as 20 GW installed offshore.

India is fourth on the list of countries with the highest wind energy capacity, with all of its near 39 GW located onshore.

The country currently has no installed offshore capacity, although has outlined targets to deploy 5 GW by 2022 and 30 GW by 2030.

The two top states in India for wind power generation are Tamil Nadu, home to the country’s largest wind farm Muppandal, and Gujarat.

New capacity additions more than halved during 2020 compared to a year earlier, largely as a result of supply chain disruptions and lockdown restrictions caused by the Covid-19 pandemic. According to the International Energy Agency (IEA), a strong rebound is expected in 2021.

Spain is home to just over 27 GW of installed wind energy capacity – and like the US and India, the country’s industry is characterised by onshore infrastructure.

Wind is the leading source of renewable power generation in the country, and in 2020 it installed 1.4 GW of new capacity.

The regions of Castilla y León, Castilla La Mancha, Galicia, Andalusia and Aragon are among the most active in Spain in terms of wind power development.

Spanish energy company Iberdrola recently announced ambitions to develop the country’s first commercial-scale floating offshore wind project, which is intended to act as a springboard to a further 2 GW of offshore developments along the Spanish coasts of Galicia, Andalusia and the Canary Islands.