A ‘banner year’ for US wind in 2020, as new deployments shatter records

The fourth quarter of 2020 was particularly strong for US wind power, with new capacity additions up 94% compared to a year earlier 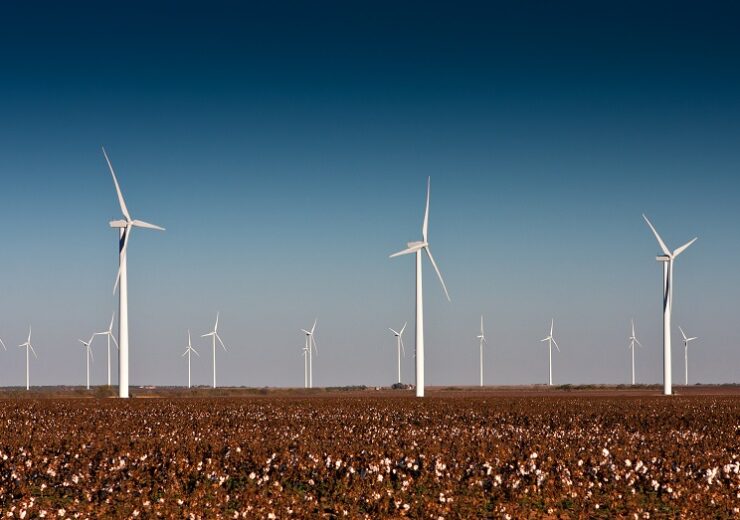 US wind power enjoyed its best-ever year in 2020, increasing new capacity additions by 85% compared to the previous 12 months.

Almost 17 gigawatts (GW) of new generating capacity was added to the grid last year, most of which came in the fourth quarter as developers rushed to complete projects ahead of an anticipated expiry of federal tax incentives.

The US now has more than 122GW of operating wind power capacity, according to a report from the American Clean Power Association (ACPA) – enough to supply 38 million homes in the country.

“2020 was a banner year for the wind industry,” said ACPA chief executive Heather Zichal. “Despite all the challenges Covid-19 placed on our businesses, we still shattered nearly every record for capacity and growth.

“The fourth quarter was not only the strongest quarter on record, but it also saw more wind installed in just that quarter than in any full year in the modern industry’s 40-plus year history, except 2012.”

Texas leading the charge in US wind power development

Wind developers commissioned 10.6GW of new capacity in the final three months of 2020, a 94% increase compared to a year earlier.

This comprised 54 new projects, including two of the nation’s largest single-phase wind farms, based in New Mexico and Texas – the Sagamore Wind and Maverick Creek ventures.

Over the 12-month period, 90 new projects across 26 US states were completed, with enough power generation to supply more than five million households.

The ACPA said the year’s record-breaking growth was largely due to technological improvements that have lowered the cost of wind power installations, coupled with strong demand from both consumers and corporate institutions increasingly favouring renewable energy procurement.

“In the fourth quarter specifically, the anticipated expiration of federal tax incentives led many developers to target the end of 2020 for project completion,” the group added.

However, the ACPA noted corporate power purchase agreements (PPAs) for wind energy were “noticeably down” in the fourth quarter, partially due to ongoing uncertainty surrounding Covid-19.

Texas was by far the most active region in the country, adding almost 2.2GW new capacity in the fourth quarter alone. Wyoming, Oklahoma, Iowa and Missouri all made significant additions during the three-month period too.

At the end of December 2020, projects totalling almost 35GW were either under construction (17.3GW) or in advanced development (17.5GW) in the US, spread across 177 projects in 26 states and 15 projects in federal waters.

“The American clean power industry looks forward to continuing to set records as we move towards a majority renewables US electric system by the end of this decade,” said Zichal.

“The industry remains well-positioned to help our nation address the interlinked challenges of economic recovery and combating climate change as the US energy transition continues to bring more clean, affordable electricity to American communities.”

New US President Joe Biden has pledged to support renewable industries like wind as he plots a low-carbon overhaul of the US energy system and rapid decarbonisation of the nation’s economy.

His administration aims to achieve a carbon-free electricity network by 2035, with a longer-term goal of reaching net-zero emissions economy-wide by mid-century, in line with the country’s renewed commitment to the Paris Agreement on climate change.

The US wind industry has to-date been dominated by onshore developments, but over the coming decade offshore projects are expected to emerge as significant new driving force in the expansion of the US renewables portfolio.

According to the American Wind Energy Association (AWEA), there is an established project pipeline for US offshore wind totalling more than 28GW, with more than 9GW expected to be operational by 2026.

“Offshore wind is the dark horse of renewable technologies in the US, expected to rise suddenly in the later part of the coming decade from the smallest renewable power source to the third largest by 2030,” said the group’s senior power analyst Harshavardhan Reddy Nagatham.