US renewable energy is tipped for rapid expansion under the administration of President Biden, with the emergence of offshore wind to provide new dimension to the mix by mid-2020s 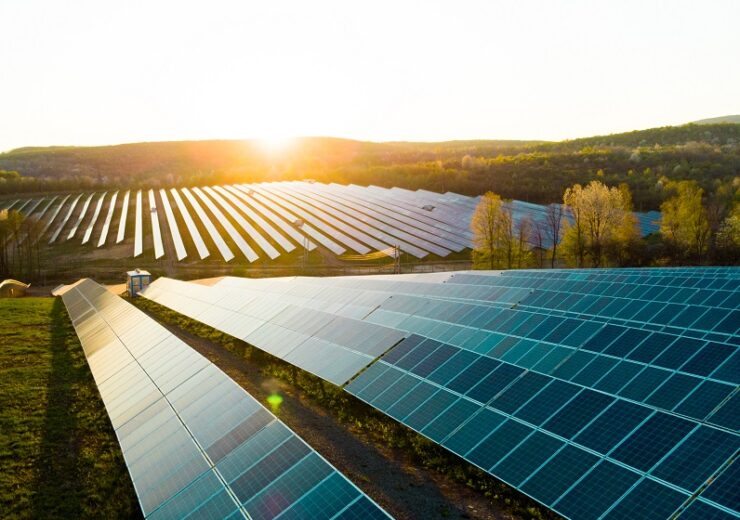 Solar capacity additions in the US are expected to average 19GW per year through to 2030 (Credit: RenataP/Shutterstock)

Solar and onshore wind are poised to lead a US dash to advance renewable energy capacity growth over the coming decade, despite the impending withdrawal of tax incentives.

While both technologies have achieved solid growth during the previous ten years, analysts expect activity to accelerate further still, with solar additions averaging 19 gigawatts (GW) each year through until 2030 and onshore wind adding 6.7GW on average annually.

President Biden campaigned on a climate-focused, clean-energy agenda and has already taken steps to assert greater government focus on decarbonisation, setting the scene for a “speedy renewable growth trajectory”, according to research group GlobalData.

Yet despite several pro-fossil policies and environmental deregulations introduced by the former president, the US renewables sector nevertheless grew by around 9% during the Trump era.

“The Investment Tax Credit (ITC) and the Production Tax Credit (PTC) have played a major role in the success of the solar PV and wind power markets in the country to date,” said GlobalData senior power analyst Harshavardhan Reddy Nagatham.

“Despite the Internal Revenue Service’s plans to phase out the ITC over the next few years, and end the PTC at the end of 2021, the two technologies are set to show consistent capacity additions.”

Offshore wind to make its mark in the US this decade

From the middle of the decade onwards, GlobalData says offshore wind will emerge as a powerful new driving force in the US renewable power portfolio, with additions averaging 4GW each year by 2027.

The industry is in its early stages in the country, but according to the American Wind Energy Association (AWEA), there is an established project pipeline for offshore wind totalling more than 28 gigawatts (GW), with more than 9GW expected to be operational by 2026.

In an additional boost, President Biden has expressly directed government agencies to explore ways to advance US offshore wind in federal waters, with the aim of doubling capacity by 2030.

“Offshore wind is the dark horse of renewable technologies in the US, expected to rise suddenly in the later part of the coming decade from the smallest renewable power source to the third largest by 2030,” said Nagatham.

The US is expected to significantly increase its rate of renewable energy deployment as the new administration targets a zero-carbon power system by 2035, and a net-zero economy by 2050 in line with its recommitment to the Paris Agreement.

Meeting these goals will require “a massive acceleration in investment in renewable power generation and energy storage solutions”, said GlobalData analyst Will Scargill.

The research group’s current outlook for the US power sector is for renewables to increase their share of the energy mix from 25% to 35% by 2035, with fossil fuels still accounting for roughly half of the country’s electricity generation.

But with a White House now seemingly fully-committed to achieving rapid decarbonisation, the expectation is that renewable sources will claim an even greater share of the overall mix in the years to come.

“The replacement generation needed to phase out fossil fuels would be equivalent to a quadrupling of the growth currently expected in renewables,” the analysis notes.

Scargill added: “There may be some room to meet the target of a carbon-free power sector while retaining some fossil fuel generation through implementation of carbon capture and storage. However, we would expect such a transition to rely primarily on renewables growth, which would also necessitate a parallel acceleration in energy storage capacity.

“The ambitious nature of the target does not mean it is unachievable though, as there is still plenty of room for growth in US renewables.”

“Clean energy growth is inevitable, but the speed, scale and equity of that growth is driven by policy investment. The solar industry is ready to put in the work to build a robust clean energy economy that will address the climate crisis, uplift communities that have been left behind and create jobs for Americans across the country.”

Heather Zichal, chief executive of the American Clean Power Association, added: “Over the next decade, our nation’s transition to majority renewable energy will be a cornerstone of building back better.

“Justice for disadvantaged communities and welcoming legacy energy workers into the clean power workforce are vital aspects of the success of the clean energy transition.”

While the executive orders have set the tone for the Biden administration’s focus on low-carbon energy, the real test is yet to come as broader legislation will need to work its way through Congress in order to realise the president’s ambition to make the US a clean energy “superpower”.

“Hurdle-free acceptance and implementation of these climate-friendly policies and targets is the key to making up for lost time,” said GlobalData’s practice head Ankit Mathur.