Solar power is a critical technology for many countries seeking to reduce emissions from their energy sectors, and installed global capacity is poised for record growth over the coming years 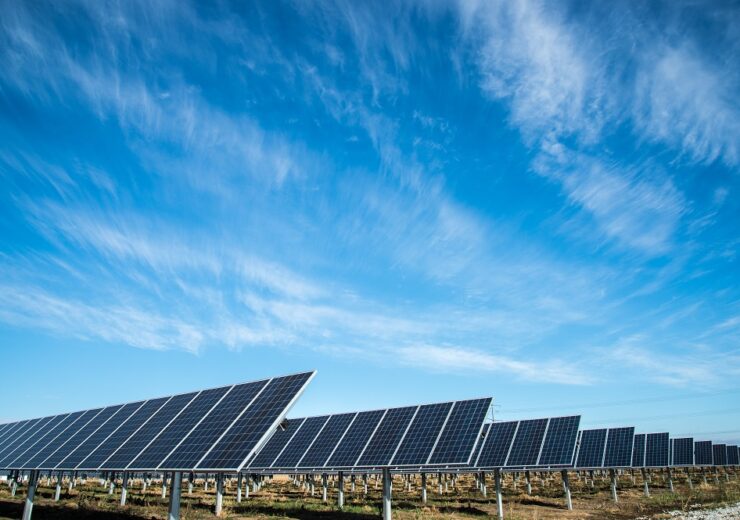 China is home to the world's largest solar power market

Solar power installations are increasing rapidly around the world as countries step up their renewable energy efforts and attempt to cut carbon emissions from electricity generation.

Along with wind, solar photovoltaic (PV) is the most established of the low-carbon energy technologies, and as it grows in scale, the costs of development are coming down.

Total cumulative installed capacity at the end of 2019 amounted to around 627 gigawatts (GW) globally.

According to the International Energy Agency (IEA), solar is on track to set records for new global deployments each year after 2022, with an average of 125 GW of new capacity expected globally between 2021 and 2025.

Solar PV generation increased 22% in 2019, and represented the second-largest absolute generation growth of all renewable technologies, slightly behind wind and ahead of hydropower, according to the agency.

In 2020, an estimated 107 GW of additional solar capacity was brought online around the world, with a further 117 GW expected in 2021.

China is easily the world’s biggest market for solar energy, and as the country develops plans to neutralise its carbon emissions before 2060, activity is likely to accelerate even further over the coming decades.

But regions all around the world are stepping up their solar power efforts too, and here we profile the top five countries in terms of installed capacity as of 2019.

China boasts by far the world’s largest installed solar energy fleet, measured at 205 GW in 2019, according to the IEA’s Renewables 2020 report.

In the same year, power generation from solar energy totalled 223.8 terawatt hours (TWh) in the country.

Despite being the world’s top emitter, the sheer size of the Chinese economy means it’s vast energy needs are able to accommodate both the world’s largest coal and renewable fleets.

Government subsidies spurred activity in the sector during the late 2010s, although subsidies for commercial projects have now been phased out in favour of a competitive auction model.

The US had the world’s second-largest installed solar capacity in 2019, totalling 76 GW and producing 93.1 TWh of electricity.

Over the coming decade, US solar installations are forecast to reach around 419 GW as the country accelerates its clean energy efforts and attempts to fully decarbonise its power system by 2035.

Utility-scale projects dominate the US solar industry, with California, Texas, Florida and Virginia among the most active states in the domestic market.

A key driver of growth in the US is the renewable portfolio standards (RPS) regulation that obligates energy retailers to supply a percentage of electricity derived from renewable sources. Falling costs of deployment and relevant tax credits have also spurred growth in recent years.

Japan ranks third among countries with the largest solar power capacity, with a fleet totalling 63.2 GW in 2019, according to the IEA’s data, generating 74.1 TWh of electricity.

Alternative sources of energy like solar and other renewables have become more popular since the Fukushima nuclear disaster in 2011, which prompted the country to significantly scale back its activities in nuclear energy.

Japan has used feed-in-tariff (FiT) schemes to incentivise deployment of solar technology to good effect, however the solar PV market is expected to slow slightly over the coming years.

Japanese PV additions are expected to contract starting in 2022, mainly due to the phaseout of the generous FiT scheme for large-scale projects and undersubscribed capacity in previous auctions, says the IEA.

Germany is the leading country in Europe for solar deployments, with a national fleet totalling around 49.2 GW in 2019, generating 47.5 TWh of electricity.

Competitive auctions have boosted the industry in recent years, and the German government recently proposed increasing its 2030 solar installation target to 100 GW as it targets a 65% share of renewables in its energy mix by the end of the decade.

Small-scale, private installations are common in Germany, incentivised by government support mechanisms such as remuneration for excess generation, while utility-scale projects are expected to grow over the coming years.

The country’s largest solar project to-date is the 187-megawatt (MW) Weesow-Willmersdorf facility north-east of Berlin, which has been developed by German utility EnBW.

India has the world’s fifth-largest installed solar capacity, totalling 38 GW in 2019, and producing 54 TWh of electricity.

Energy demand across India is expected to grow more than any other region over the coming decades and, as the world’s third-largest carbon emitter, policies are being developed to shift the country away from fossil fuels like coal in favour of renewables.

Government targets include 450 GW of renewable energy capacity by 2030, and solar is expected to be central to this ambition.

By 2040, the IEA expects solar to hold a roughly 31% share of India’s energy mix under currently-stated policy ambitions, compared to less than 4% today.

The agency cites the “extraordinary cost-competitiveness of solar” in India as a driving force of this turnaround, “which out-competes existing coal-fired power by 2030 even when paired with battery storage”.

Nevertheless, transmission-grid bottlenecks and land-acquisition challenges will need to be addressed to accelerate further development of India’s solar power market over the coming years.