China currently holds the largest solar power capacity share in the world, having brought about 40 gigawatts into operation in 2020 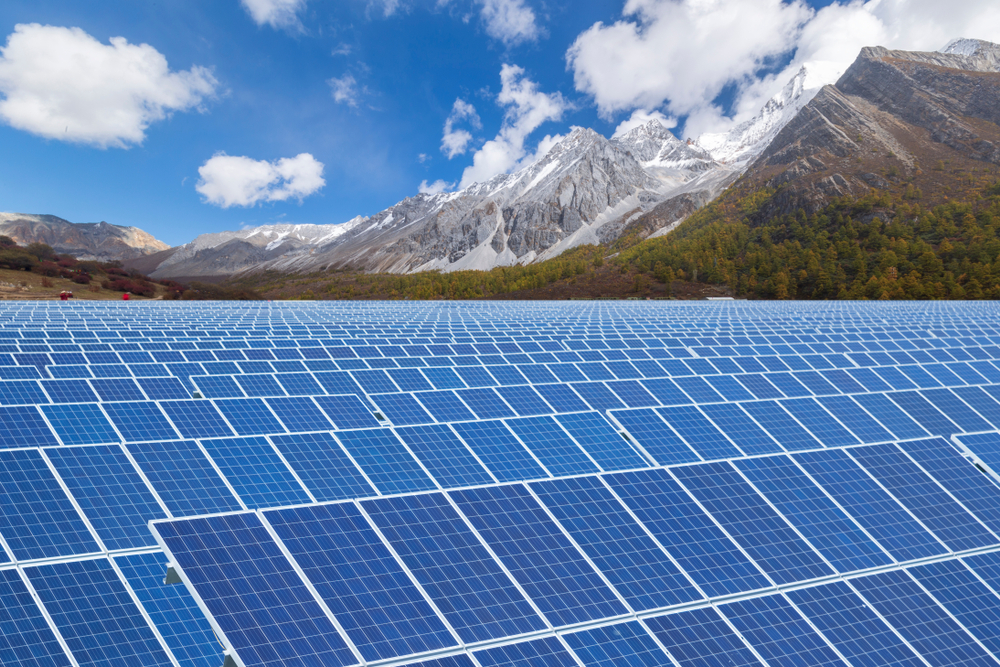 China is home to a number of the world’s largest solar power plants.

The East Asian nation, which is the largest emitter, has ramped up its share in the fast-growing renewable energy source over the past few years.

It is one of a number of major economies that have turned to the technology to help decarbonise its electricity grid amid the energy transition, with President Xi Jinping announcing ambitions to reach carbon neutrality by 2060 in September 2020.

China currently holds the largest solar power capacity share in the world, having brought about 40 gigawatts (GW) into operation in 2020, taking its total installed solar capacity to 240GW.

The country’s total solar capacity has increased more than fivefold since 2015 and could double in the next five years, according to the China Photovoltaic Industry Association (CPIA).

The Huanghe Hydropower Hainan Solar Park in China’s remote Qinghai province is the largest solar facility in the country and the second-largest in the world. It has an installed capacity of 2.2GW.

The plant was built in five phases and includes 202.8 megawatts (MW)/megawatt-hours (MWh) of storage capacity.

It was developed by Chinese state-owned utility Huanghe Hydropower Development for 15.04bn Chinese renminbi ($2.31bn) and came online in September 2020.

The site is connected to an ultra-high voltage power line that is being built to connect the far north-western parts of the country to the more densely populated eastern provinces.

The Tengger Desert Solar Park in Ningxia, China, is the second-largest solar power plant in the country and fifth-largest in the world.

Owned by China National Grid and Zhongwei Power Supply Company, the power plant was brought online in 2017 and supplies clean energy to more than 600,000 homes.

The Datong Solar Power Top Runner Base in Datong City, Shanxi province, is currently the third-largest solar facility in China. It is part of the country’s National Energy Administration’s plans to develop solar projects in the region.

The power plant currently has a capacity of 1.1GW following the completion of the first phase of the project in 2016.

Once the final two phases are complete, Datong could be the largest solar site in the world with an installed capacity of 3GW.

The Yanchi Ningxia solar park in Yanchi district, Ningxia, is the fourth-largest facility of its kind in China with an installed capacity of 1GW.

When the plant came online in September 2016, it was reported to be the world’s biggest continuous solar PV array – an interconnected system of PV modules that function as a single electricity-producing unit.

The power plants’ central management is operated through the FusionSolar Smart O&M cloud centre, which uses cloud computing and big data to efficiently operate the plant. It has an estimated 25-year life span.

The Longyangxia Dam Solar Park is based high on the Tibetan Plateau in north-western China’s Qinghai province. With an installed capacity of 850MW, it is the fifth-largest solar site in the country and was previously the world’s biggest when it first came online in 2013.

The project, which was developed by Huanghe Hydropower Development, was completed in 2015 for 6bn RMB ($923m) and is operated by the State Power Investment Corporation.

The power plant is integrated with the nearby 1.28GW Longyangxia hydroelectric power station and it supplies up to 200,000 households.