Opec and its allies are negotiating their next round of oil-production cuts, a decision that could have a big impact on the market's recovery into next year 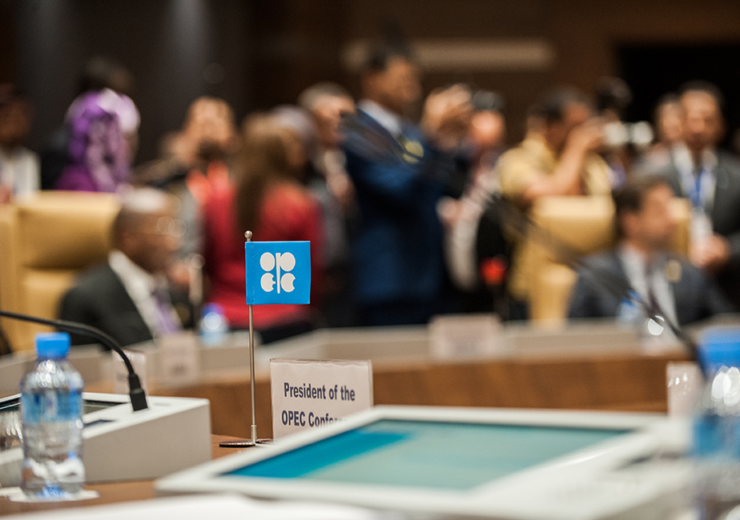 Opec+ members agreed to scale back production earlier this year in response to lost demand amid the pandemic (Credit: Opec)

Members of Opec, and the broader Opec+ alliance, are locked in talks over whether or not to extend oil-production cuts into next year, and as a decision is awaited, analysts say market stability is at stake.

Negotiations between the world’s biggest oil exporters are being held virtually this week, a reminder of the backdrop of their decisions after a year in which the coronavirus pandemic turned oil markets on their heads and threw key fundamentals into imbalance.

Top of agenda is whether or not to taper off the current level of production curtailment in January to 5.8 million barrels per day (bpd) – as had been arranged in a landmark agreement earlier this year – or instead extend the existing 7.7 million bpd rate of reduction into the new year.

A resurgence of the coronavirus in recent months has cooled earlier optimism over demand recovery, convincing many in the industry that an extension of the current level is necessary to avoid a repeat of the oversupply that sent commodity prices falling so dramatically during the second quarter of 2020.

Crude benchmarks – Brent and West Texas Intermediate – suffered unprecedented price drops during the period, although have since stabilised at above $40 per barrel, and recent news of vaccines has seen them edge towards $50 per barrel for the first time since March.

But, so far, Opec members have failed to agree on a course of action, with latest reports stating the United Arab Emirates (UAE) is refusing to sign off on any deal before those countries that have not so far fully complied with their quotas agree to cut additional barrels to make up the difference.

Talks have now been delayed by a couple of days to allow these issues to be resolved, before a secondary meeting between members of the wider Opec+ alliance, led by Russia, later in the week.

Stakes are high as Opec weighs extension of oil-production cuts

Analysts have warned that a failure to agree on an extension will result in a big oversupply, putting renewed pressure of fragile oil prices that could push Brent back down towards $40 per barrel – a level that has delivered big financial losses to oil companies throughout the year, prompting extensive cost-cutting measures industry-wide.

“The global demand recovery from the lows of spring 2020 has been slower than expected,” says Wood Mackenzie vice president Ann-Louise Hittle. “The stakes are high for Opec+ if the group does not agree to continue current levels of production restraint in Q1 2021.

“We would expect an oversupply of more than two million bpd in the first quarter, and that would increase in the second quarter. By contrast, a continuation of current output would lead to an oversupply of closer to just 800,000 bpd.”

Analysts at Rystad Energy agree, suggesting a two million bpd surplus is likely through to May 2021 unless the extension is agreed.

“The existing plan was drafted during the pandemic’s first wave and under a more optimistic forecast for end-year oil demand, which turned out to be too high as the pandemic’s second wave brought new lockdowns globally,” the research group notes.

“Should Opec+ fail to amend its existing deal and increases its production, the world in January will face its biggest monthly glut since April 2020 with an average daily surplus of 3.1 million barrels for the month.”

A recent resurgence of oil production in Libya, which was exempted from the production-cut agreement due to a civil conflict that effectively shuttered its industry for most of the year, has added an extra dilemma for the oil-producer alliance to consider.

With exports now coming back online, and the country claiming production levels of more than one million bpd, the flow of Libyan oil into the global market is adding new supply pressure that will be weighing on the Opec discussions.

“With a Covid-19 vaccine unlikely to ride to the rescue of the global oil market for some time, the combination of weaker demand and rising oil supply provides a difficult backdrop to the meeting of Opec+ countries,” the organisation warned.

Extension is likely – but will it be three months or six?

Analysts agree that an extension from Opec+ is the likely outcome of these meetings, given the prevailing market signals. Hittle says: “Without a rollover of current production, downward pressure on oil prices would put Brent at risk to slide back towards $40 per barrel after recent gains on news of a vaccine helped lift prices.

“Given these stakes, we believe the group is likely to reach a compromise to delay the increase in production for three months.”

Rystad Energy’s head of oil markets Bjornar Tonhaugen suggests a six-month extension would deliver an even stronger boost to the market and commodity prices.

He says: “A three-month extension would only provide marginal support to prices, but would help to establish $50 per barrel as a sturdier floor, while a six-month extension could help to meaningfully deplete the storage overhang and supercharge prices into the mid-$50s.

On the other hand, he warns, failure to agree any extension could have big consequences. “A vote of no confidence from Opec+ this week would surely be crushing for oil prices,” he says, although “perhaps to a milder degree” than the price crash earlier in the year.