Analysts believe there could be a five million barrels per day shortfall to oil demand in 2025, as a result of measures taken by the industry to combat coronavirus pressures 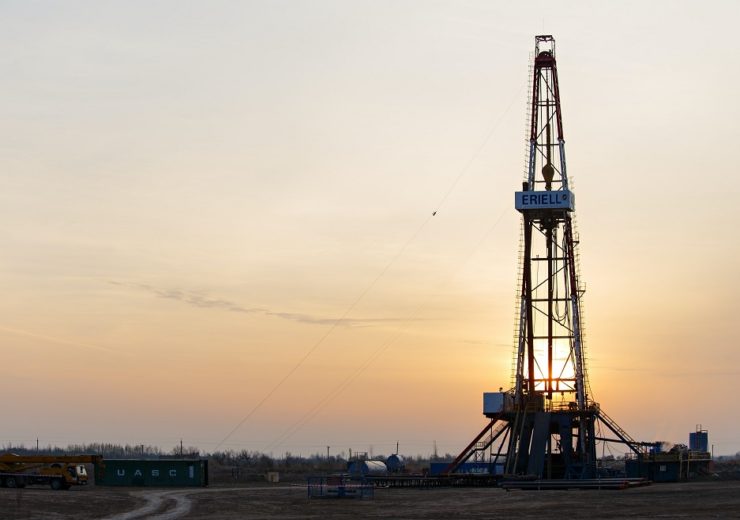 Spending cuts across the oil industry have become the go-to response to charting a course through the market turmoil sparked by coronavirus. But, despite their short-term logic, analysts think these measures could lead to a shortfall between supply and demand in years to come. NS Energy takes a closer look.

Oil and gas companies have gone into survival mode in recent weeks and months as they attempt to hold the worst financial impacts of the evolving market crisis at arm’s length.

Huge levels of capital spending cuts have swept through the oil industry, as well as slashed dividends, voluntary production shut-ins designed to ease the pressure of oversupply, and the suspension of multi-billion-dollar share buyback schemes.

An estimated $85bn has been wiped from 2020 spending plans so far, and while the steps being taken to ease back on global oil output and relieve the strain on rapidly-filling storage capacity should begin to bring back some semblance of balance to the market, they will have longer-term impacts too.

According to analysts at Rystad Energy, “the tables will turn dramatically” from the current predicament of massive market oversupply, as the suppression of investment and production activity among oil producers, both corporate and state-run, manifests itself in years to come.

The research group forecasts an oil supply deficit of five million barrels per day (bpd) in 2025, caused by the “inevitable rebound” as global economies get up and running again.

Such a situation would prompt a jump in oil prices to around $68 per barrel – more than double the sub-$30 per barrel range that has become the “new normal” since coronavirus triggered a demand shock unlike any before.

“Despite high growth in tight oil, oil production outside the Opec Middle East countries is expected to stay flat over the next five years.

“As demand is expected to recover, the core Opec countries will need to increase their supply significantly or the market will face even higher prices than our base-case forecast.”

Last month, members of the Opec+ alliance agreed to scale back their oil output by 9.7 million bpd during May and June, then by 7.7 million bpd for the rest of 2020, and by 5.8 million bpd through until April 2022.

With the International Energy Agency (IEA) having estimated a near-term demand drop of around 26 million bpd this month, adding to a 29 million bpd year-on-year decline in April, questions have been raised about whether the Opec+ cuts – which have been supplemented by Norway’s national curtailments and market-led declines across North America – go deep enough to offset the immediate demand shock.

The watchdog conceded that the unprecedented global co-ordination to reduce supply “won’t rebalance the market immediately”, although was confident it would “absorb the worst of the crisis” in the short term.

Looking beyond that, however, Rystad sees a five million bpd shortfall arising by 2025 as a result of these cutbacks and the wider decrease in spending across the industry – one that may be made up by scaled-up production in “core” Opec countries such as Saudi Arabia, Iraq and the United Arab Emirates (UAE).

“In total, these countries might fill three million to four million bpd of this gap,” the research group notes. “The remaining shortfall will most likely be filled with volumes from US tight oil.

“To achieve this, prices may move above our current base case, which currently stands at an average price of $68 per barrel in 2025.”

Around $85bn was been wiped from oil industry capital spending budgets

According to GlobalData, oil and gas producers have erased around $85bn from their spending plans for the year ahead – with exploration and production activities the most affected as more than 100 companies, of all sizes, seek to protect their balance sheets amid the crisis.

“The bearish near-term outlook for the industry has forced many companies to reassess their forward expenditure,” says the market research firm’s oil and gas analyst Daniel Rogers.

“These measures have been taken to survive the unparalleled market uncertainty and it is likely that more companies will follow in the near-term.

“The magnitude of the current cuts are likely to have hard-hitting reverberations in the medium to longer term.

“Companies which seek to preserve financial stability in the immediate-term risk longer-term implications for production, revenues, and strategic targets.”

This is putting significant strain on the oilfield services sector in particular, which was already dealing with the after-effects of the 2014 oil slump when Covid-19 brought new turmoil.

“The gravity is clear,” says GlobalData. “The group holds the highest average reduction percentage, albeit at a far lower volume. Coming into 2020, service costs were already beaten down by the previous downturn in 2014/2015 and the latest developments deal another blow to an already struggling segment.

“Globally, drops in drilling, and exploration and development spending will have a knock-on impact for the oil field service providers.”