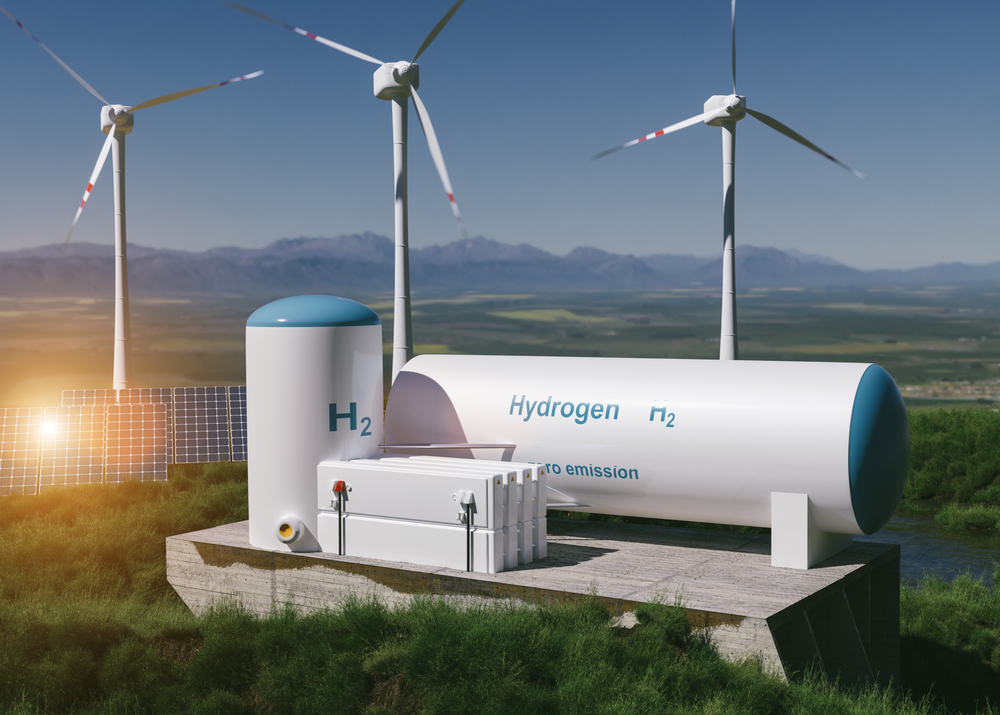 High hopes have been pinned on hydrogen to drive decarbonisation across heavy-polluting sectors like industry and transport (Credit: Shutterstock/Alexander Kirch)

The cost of green hydrogen is set to be less than that of natural gas-based alternatives by 2050, says a report.

The analysis by BloombergNEF (BNEF) shows that the levelised cost of hydrogen (LCOH2) made from renewable electricity is set to fall faster than the market researcher previously estimated, driven by a downward revision in its forecast for solar PV electricity costs.

While green hydrogen has its environmental benefits, cheaper forms of the fuel currently exist – grey and blue – although high-polluting fossil fuels are used to power the electrolysers that separate the gas from water.

But BNEF’s report, titled 1H 2021 Hydrogen Levelized Cost Update, reveals that renewable hydrogen should now cost less than hydrogen made from natural gas with carbon capture and storage (CCS) in all 28 of the modelled markets by 2030.

“Such low renewable hydrogen costs could completely rewrite the energy map,” said Martin Tengler, lead hydrogen analyst at BNEF. “It shows that in future, at least 33% of the world economy could be powered by clean energy for not a cent more than it pays for fossil fuels.

“But the technology will require continued government support to get there – we are at the high part of the cost curve now, and policy-supported investment is needed to get to the low part.”

And as the price of renewable-generated electricity continues to decline and becomes increasingly competitive with fossil fuels like coal or natural gas, the financial incentive to prioritise green hydrogen is growing stronger, allowing this nascent industry to achieve the benefits of scale – provided sufficient policy support is given.

“By 2030, it will make little economic sense to build ‘blue’ hydrogen production facilities in most countries, unless space constraints are an issue for renewables,” said Tengler.

“Companies currently banking on producing hydrogen from fossil fuels with CCS will have at most 10 years before they feel the pinch. Eventually, those assets will be undercut, like what is happening with coal in the power sector today.”

The report highlights that renewable hydrogen should outcompete natural gas-based alternatives without CCS by 2050 in all 28 modelled countries and that it would even cost less than natural gas on an energy-equivalent basis in 15 of those markets.

Its updated forecast on the levelised cost of renewable electricity (LCOE) is the main driver of the drop in the LCOH2 projection. The marker researcher expects the average levelised cost of solar PV to be 40% lower by 2050 than it predicted two years ago.

The cost of electricity will account for the majority of the cost of producing green hydrogen by 2030, with electrolyser-related costs accounting for the rest, according to BNEF. By 2050, it anticipates the share of LCOH2 driven by electricity should approach 90% when made from onshore wind.