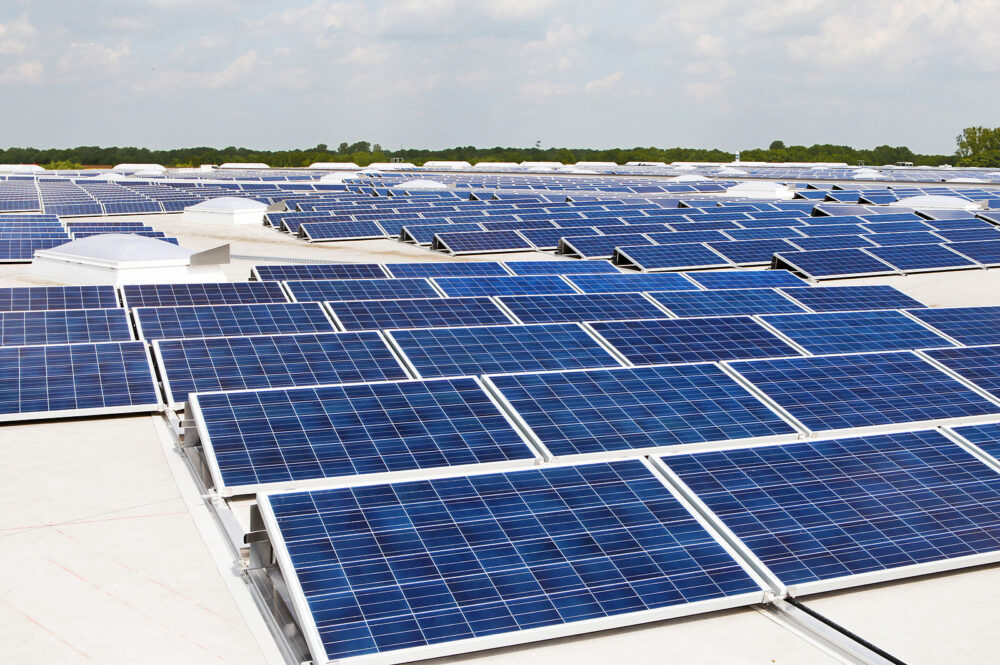 The Institute for Energy Economics and Financial Analysis says India is well-positioned to be a leading driver of growth in investment into solar power generation infrastructure globally (Credit: Wikimedia Commons/AleSpa)

PV module innovations will help to “drive down” solar costs across the coming decade, says an energy analyst.

In its latest report, Wood Mackenzie notes that the global solar industry has experienced “tremendous growth” over the past 10 years as the annual demand for solar rose year after year while the associated costs “declined significantly”.

The energy researcher’s analysis, titled Solar PV Module Technology Market Report 2020, predicts that in the 2020s, solar module costs will “continue to fall”, albeit at a “much slower rate”.

Instead, it claims an improvement in module efficiency and power class will “propel the declining capex trend forward” and ultimately “lower the solar levelised cost of energy” (LCOE).

Wood Mackenzie’s research examined three technologies – large wafer, n-type cells, and cell- and module-level techniques – all of which has the potential to improve solar module power class and performance.

Dr Xiaojing Sun, a senior analyst at Wood Mackenzie and author of the report, said: “We found that PV modules made of large wafers, such as the M6, M10, or G12 format, could reduce the capex of a utility-scale solar project by 3% to 9%.

“The cost savings would be appealing to solar developers and installers, which will drive the market adoption.”

Sun said the majority of the major silicon module manufacturers have announced large module products, and many of them are “on track” to commercially produce large modules between Q4 2020 and Q4 2021.

Wood Mackenzie’s data shows that the total module manufacturing capacity of M6, M10, and G12 wafer-based modules will reach 28 gigawatts (GW), 63GW, and 59GW, respectively, by the end of 2021.

By 2025, the production capacity of modules using M10 and G12 wafers is forecasted to exceed 90GW, making them the “dominant technologies” by manufacturing capacity.

Dr Sun said: “It is important to point out that the market adoption of large modules is dependent on the co-evolution of balance-of-system components such as inverters and trackers to accommodate the higher current and the larger size.

“Multiple industry alliances have been formed since early 2020 to ensure the entire solar ecosystem evolves to support the adoption of large modules.

“If the industry’s efforts bear fruit, we forecast that large module shipments in 2021 will account for approximately 40% of the total shipment of crystalline silicon modules. By the end of 2025, modules made with wafer sizes smaller than M6 will phase out of the market.”

The report also investigated n-type modules, such as HIT and TOPCon, that could generate more power per panel due to higher cell efficiencies and have lower degradation rates.

Dr Sun said the analysis shows that TOPCon and HIT modules will need a power class premium of at least 40W and 90W, respectively, or a 6% and 20% price cut in order to be competitive with mono PERC.

She added: “Admittedly, these are tall orders. Nevertheless, significant efficiency improvement and production cost reduction are n-type modules’ must-take path to succeed mono PERC as the next generation solar module of choice.”

The research suggests that the 2020s will be a decade with “rapid solar module technology innovations”, leading to “significant increases in module power class, better performance, and more versatile applications”.

Dr Sun added: “Module technology innovations, in addition to hardware cost reduction, will be the quintessential driving force that propels the continuous reduction of solar LCOE in the new decade.”