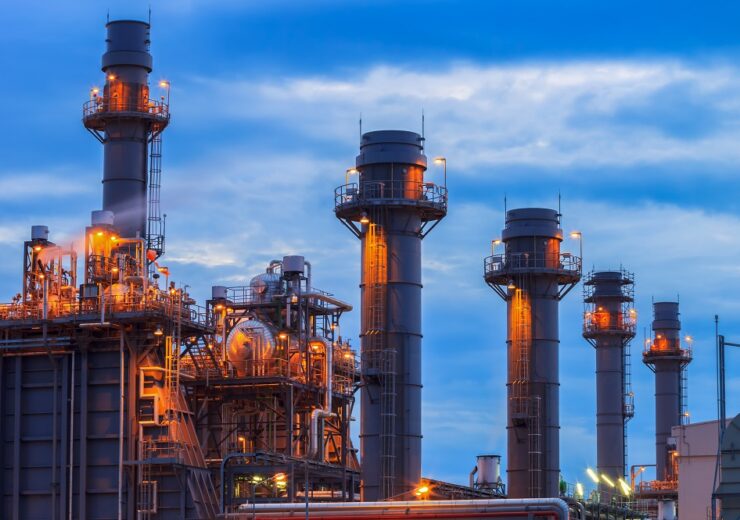 Projects being undertaken by General Electric (GE) and Mitsubishi Power in the US will see increasing proportions of hydrogen being used in fuel for gas turbines. Modern Power Systems magazine reports on the latest developments.

In collaboration with New Fortress Energy (NFE) and GE, Long Ridge intends to begin running the plant on a blend of hydrogen and natural gas as early as this year, and to transition the plant to be capable of burning 100% green hydrogen over the next decade.

With commercial operations planned for November 2021, Long Ridge describes itself as “the first purpose-built hydrogen-burning power plant in the United States” and the first worldwide to blend hydrogen in a GE H-class gas turbine.

The plant employs a GE 7HA.02 combustion turbine capable of burning 15-20% hydrogen by volume in the gas stream initially, with the capability to move to 100% hydrogen over time.

Long Ridge has engaged Black & Veatch to assist with developing the plans, while Scott Strazik, CEO of GE Gas Power described GE as “the OEM with the most fleet experience in using alternative low heating value fuels including hydrogen”.

To support its “green hydrogen transition”, Long Ridge is teaming with NFE’s new division, Zero, which is focused on investing in, and deploying, emerging hydrogen-production technologies to meet zero-emissions targets.

“Long Ridge has many advantages in the pursuit of green hydrogen and zero-carbon power, and this partnership allows us to get first-hand knowledge and experience blending hydrogen and natural gas in GE turbines,” said Wes Edens, CEO and chairman of New Fortress Energy.

“Our singular focus has been to identify and support clean technologies that can eventually produce hydrogen at commercially-attractive prices. As we continue to make progress in our efforts and advance proof-of-concept projects, this experience will bring tremendous value.”

Joe Adams, CEO of Fortress Transportation and Infrastructure Investors (FTAI), added: “As the cost of carbon-free fuels continues to drop, the Long Ridge Energy Terminal is ideally positioned to become a leader in deploying utility-scale green hydrogen solutions and clean energy storage. Long Ridge is a subsidiary of FTAI.

For initial testing of hydrogen blending, Long Ridge has access to nearby industrial by-product hydrogen. For the production of green hydrogen via electrolysis, Long Ridge points out it “has access to water from the Ohio River” while, over time, “below-ground salt formations can be used for large-scale hydrogen storage”.

Long Ridge will be “among the first to provide reliable, resilient, on-demand power fuelled by hydrogen,” said Matthew Rinklin, managing director at GCM Grosvenor, which owns a 49.9% equity interest in Long Ridge.

The Long Ridge Energy Terminal is situated on 1,660 acres in the heart of the Marcellus and Utica shale formations. Activities at the site include natural gas liquids storage and transloading and frac sand transloading. There are also plans for a 125 acre/300+ MW data-centre campus, which would be powered by the new combined cycle plant.

In addition to the two previously announced hydrogen projects in Utah, Mitsubishi Power says it has also been selected as the “green hydrogen storage integrator” for three more US projects, totalling more than $3bn, using these new standard packages.

Mitsubishi Power’s two new hydrogen integration packages are called Hydaptive and Hystore. The Hydaptive package provides renewable energy flexibility by acting as a near-instantaneous power-balancing resource that greatly enhances the ability of a simple cycle or combined cycle power plant to ramp output up and down to provide grid-balancing services.

The package is available for new gas turbine power plants or as a retrofit to existing plants to improve flexibility and extend asset life, says Mitsubishi Power.

The Hystore package combines Hydaptive with off-site hydrogen production and storage infrastructure, enabling large-scale renewable energy storage that shifts variable renewable energy over time, from hours to seasons, and provides reliable and cost-effective carbon-free energy “when the grid needs it most”.

With these packages, Mitsubishi Power says it “seamlessly optimises integration across renewables, energy storage, and gas turbines, which all work together to create and incorporate green hydrogen — the key to reaching zero-carbon emissions”.

The Advanced Clean Energy Storage project envisages hydrogen storage in salt caverns, with the adjacent Intermountain Power project, consisting of two M501JAC power trains, having the capability to run on the stored hydrogen.

Transitioning to a 100% hydrogen future

The three new projects announced by Mitsubishi Power will employ the Hydaptive package to convert units over time from natural gas to hydrogen energy storage.

According to Mitsubishi this award marked “the first advanced-class gas turbines in the industry specifically designed and purchased as part of a comprehensive plan to sequentially transition from coal, to natural gas and finally to renewable hydrogen fuel, and creates a roadmap for the global industry to follow”.

The transition will start in 2025, when the new CCGT plant, owned by IPA and operated by LADWP (Los Angeles Department of Water and Power) will start operation and coal-fired generation at the Intermountain site will cease.

The new gas turbines will be commercially guaranteed capable of using a mix of 30% hydrogen and 70% natural gas fuel. Between 2025 and 2045, the hydrogen capability will be systematically increased to 100% renewable hydrogen.