Are the days of combined cycle power plants numbered?

Once depended upon by grid operators, the combined cycle plant now faces an uncertain future against the challenge of gas reciprocating engines 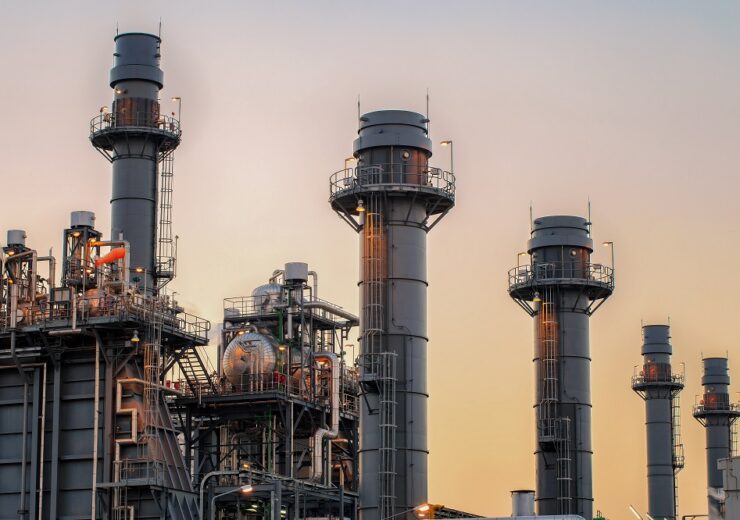 The combined cycle plant has been the power industry’s workhorse for a decade, and has evolved to fill a niche in a power portfolio with large proportions of renewables. But are its days numbered? Janet Wood reports for Modern Power Systems magazine.

In October 2018, UK utility Centrica started up its new gas-fired power plant. But this did not use gas turbines, for so long the utility’s workhorses. Instead, it had invested £180m in two 49.8 megawatt (MW) gas engine arrays, at its Brigg and Peterborough sites.

The engine array at Brigg and the fate of a combined cycle gas turbine (CCGT) at the same power plant site illustrate how Centrica’s strategy has changed.

The original Brigg plant, which started up in 1993, was a 240 MW CCGT designed to run on baseload. Now the steam part of the cycle has been decommissioned, with the steam turbine removed in 2016. The remaining plant operates as an open cycle gas turbine (OCGT), rated at just 99 MW.

Even at this lower rating, it has been operating for only 3% of the time in winter and as little as 1% of potential hours in summer (150 hours in total in 2017). The ageing plant could have 10-15 years of technical life remaining, but its economic life could be far shorter.

The choice of a reciprocating engine array is partly driven by its lower cost and risk profile: below 50 MW the Great Britain planning and permitting regime is much simpler, construction is quicker and hence price risk is lower and the engine arrays can be built on existing industrial land.

But equally important is that gas (piston) engine proponents say they can respond better to the needs of power systems with high renewables penetration.

The gas reciprocating engines at Brigg take two minutes to come to full load, compared to 20 minutes for the 99 MW OCGT plant. For both plants, those figures are from hot start – they require the plant to be already warmed to at least 60°C.

But unlike the gas turbine, the gas engines can be warmed electrically – using 100% renewable electricity from the grid, so at zero cost of carbon for staying in reserve. These characteristics are attractive to the system operator, National Grid ESO (NGESO), which wants fast response and reserve options with low carbon emissions.

What is more, the new engines have a ramp rate of 15 MW per minute – twice the rate of their neighbour – and their efficiency is about 45%, compared with about 25% for the OCGT. Gas engines can in general also stop more quickly – within one minute, according to engine supplier Wärtsilä.

Brigg is an example of how the market for gas generation is changing in Great Britain – and other countries are likely to take the same route.

Britain invested heavily in combined cycle power plant ventures in the 1990s, and for nearly two decades they became a mainstay of the generation fleet. They were more flexible than Great Britain’s nuclear plants, and they gradually knocked coal out of the merit order as the cost of cleaning up pollution from coal plants – SOx, NOx, particulates, etc – began to weigh heavily on coal, even before it started to bear the burden of carbon costs.

But now, in its turn, large-scale gas is being driven out of the merit order, replaced with renewables at zero marginal cost.

It all adds up to a shrinking market for gas turbines. Manufacturer Siemens said early this year that the global demand for large gas turbines is expected to shrink to 110 turbines per year, compared to the industry’s current total manufacturing capacity of around 400 turbines.

The company announced it would dispose of the factory in March this year, and it has now appointed Deloitte to carry out the sale.

Rolls Royce said that in combined heat and power (CHP) mode, these engines can reach an efficiency of over 95%. Their niche – previously described by Rolls Royce as district heating or industrial applications, where heat is used locally and the electrical power is either consumed locally in a micro grid or exported to the grid – may prove attractive to buyers.

These engines are sold as enabling the energy transition, “providing balance and backup power to the grid, or as the back-bone of microgrids”.

Competition with well-known names like Caterpillar is likely to be fierce – with incumbents having a business model that turns out hundreds of engines each year, with financing and lease packages alongside the technology.

Propped up by a capacity market

Gas engines have been propped up in Britain by a capacity market as well as by ancillary service payments.

The government was concerned from the start that having a large tranche of renewables – at zero marginal cost – would undermine the business case for gas generation, and in response it instituted a capacity market that awarded availability fees to qualifying plants, first excluding and later heavily discounting renewables.

The capacity market was implicitly intended to support new large gas plants. But in the auction for contracts, new gas reciprocating engines were able to price under gas turbines, not least because by sizing at 49 MW they circumvented Great Britain’s costly planning and permitting regime for large plants and could be built quickly – and the plans relatively easily abandoned in the event they did not win a capacity market contract.

Over the years, several gigawatts of gas-engine arrays have come forward to bid into the capacity market and they – along with previously little-considered onsite generation, interconnectors and other less capital intensive capacity – have driven prices down far below what is needed to underwrite new gas turbines (generally considered to be around £35 per MW) and on occasion as low as below £1 per MW.

In practice the capacity market has brought forward just one CCGT, ESB’s Carrington plant, but it has underwritten not only gigawatts of gas reciprocating engines but also gigawatts of battery storage.

And there lies a new competitor for the gas combined cycle.

Propped up by ancillary services

Gas turbines have found it hard to make money on energy sales, but in recent years their finances have been supported by an important role providing “ancillary services” to Great Britain’s system operator NGESO.

Within a high-renewables system, the ability of gas turbines to provide system inertia – helping maintain frequency and voltage and improve fault “ride-through” – by sheer weight of rotating machinery, has been well rewarded.

That role has been exceptionally important over this Covid-19 summer. With industry and commerce temporarily closed, suppressing demand, and better-than-average supply from wind and solar, NGESO found itself battling to maintain grid stability.

It had to artificially raise demand by several GW and constrain off wind – at considerable cost – so it could bring on thermal plant (biomass as well as gas turbines) to raise inertia.

NGESO found it a useful experience that provided insight into how it will manage a future system with an equally high proportion of renewables. But it left the system operator unshakeable in its belief that it would by then be able to manage the system without fossil use.

It was an ambition that had been announced by NGESO in 2019, and it should have come as an unpleasant shock to gas turbine operators who had been the industry’s “go-to guys”, offering balancing, reserve, black start and inertia services.

NGESO set 2025 as the date by which it wants to be able to operate the grid with all those services from other sources – renewables, storage, demand-side response etc – and balance it without fossil plants so long as there is enough low-carbon generation in operation. (Managing weeks-long low-wind periods is a different problem, and one that requires a different solution.)

For all that gas turbines have done to talk up the flexibility they can bring to the system, the fact is that they are not best placed to do it.

This autumn, NGESO launched a so-called Dynamic Containment response product which it says, “will kick into action in under a second to manage the imbalance in the frequency. Batteries’ speed and flexibility make them particularly well-suited to the task, but any technology type can take part and we anticipate a wider range of providers participating in the future.”

It is happening in Great Britain – other countries will take a similar path.

In fact, Britain is behind the pace in some ways. It has sought a derogation from the EU’s new Electricity Market Directive, which requires “gate closure” – when power contractors stop trading for a particular delivery period – no more than 15 minutes ahead of dispatch.

Incumbents in Britain complain of the capital cost of moving from the current half-hour trading intervals. But that is also a protection for incumbent plants; the closer to real-time the gate closes, the sharper are the price signals for market participants, and the better rewarded plants that can flex or start up on the minute.

Wärtsilä says its US customers start up their gas reciprocating units up to eight times a day, sometimes for just 15 minutes, while Germany is considering moving to a five-minute gate closure. Gas has been the fast-response plant for the past decade, but now it is being superseded with options that are faster and emit less carbon.