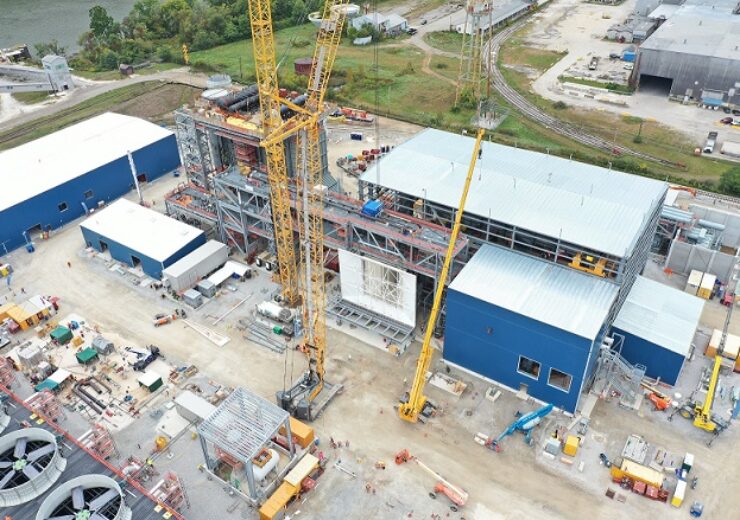 Long Ridge Energy Terminal, a US-based multimodal energy terminal that is developing a 485 MW power plant, has partnered with New Fortress Energy (NFE) and GE in a bid to produce carbon free power.

Under the partnership, the companies will work together for the transition Long Ridge’s 485 MW combined-cycle power plant to run on zero-carbon hydrogen by blending hydrogen in the gas stream.

This will enable the transition of the plant, which is being built at the site of the defunct Ormet aluminum smelter in Hannibal, with the potential of burning 100% green hydrogen over the ten years.

Utilising a GE 7HA.02 combustion turbine, the plant will initially burn around 15-20% hydrogen by volume in the gas stream. It is said to have the capability to transition to 100% hydrogen over time.

Long Ridge expects to start offering carbon-free power to customers from next year.

First purpose-built hydrogen-burning power plant in the US

Claimed to be the first purpose-built hydrogen-burning power plant in the US, Long Ridge will be the first to blend hydrogen in a GE H-class gas turbine globally. It is expected to start its commercial operations in November next year.

Long Ridge has been assisted by Black & Veatch in developing plans for the plant integration for hydrogen blending and to implement safe and reliable industrial practices.

GE Gas Power CEO Scott Strazik said: “We are thrilled to work with the Long Ridge and New Fortress Energy teams on this first-of-its kind GE HA-powered project that will drive a cleaner energy future by utilising hydrogen to ultimately produce carbon-free power.

NFE chairman and CEO Wes Edens said: “Long Ridge has many advantages in the pursuit of green hydrogen and zero-carbon power and this partnership allows us to get firsthand knowledge and experience blending hydrogen and natural gas in GE turbines.”

The terms of their commercial arrangements will be finalised by the companies shortly.

Long Ridge is a subsidiary of Fortress Transportation and Infrastructure Investors (FTAI).