Now is the time for action in clean energy transition, urge IEA delegates

With COP26 taking place later this year, government ministers from around the world met in Paris to discuss the clean energy transition and how to better engage with industry 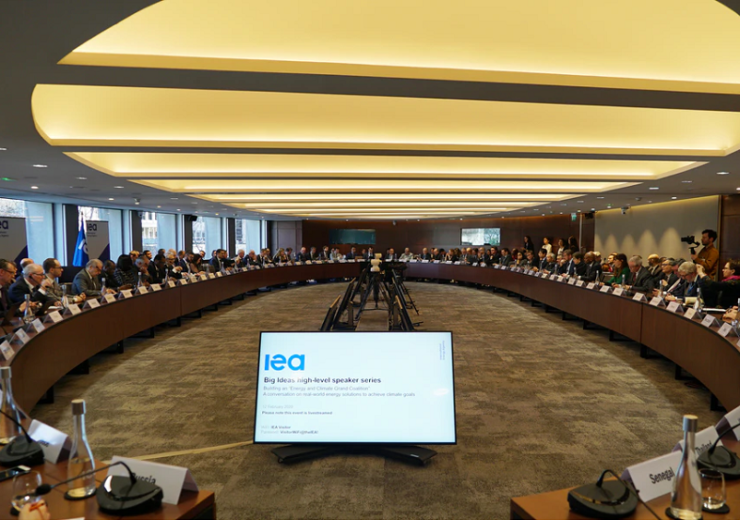 IEA delegates met in Paris to discuss a 'grand coalition' between the energy industry and climate advocates (Credit: IEA)

The time has come to shift “from rhetoric to action” in accelerating the clean energy transition, according to members of the International Energy Agency (IEA).

Ministerial delegates from governments around the world met in Paris this week to discuss forging a “grand coalition” between the energy industry and global leaders seeking to achieve the climate goals of the Paris Agreement.

The dynamics of their discussions were influenced by new data compiled by the organisation, revealing global carbon emissions unexpectedly flatlined in 2019 after two years of growth.

IEA executive director Dr Fatih Birol said: “Without solving the challenge of the energy sector, we have no chance of solving our climate challenge. We want 2019 to be remembered as the year of peak in global emissions, and the 2020s as the decade of the decline in emissions. And the energy sector is ready to be part of the solution.

“Our data is grounds for optimism that we are seeing signs of the clean energy transition.”

The central aim of the meeting of government ministers was to closer align the climate targets of the Paris accords with the energy sector, which is so central to the issue of emissions.

“The debate around climate change is sometimes too heated and there is too much tension between the energy community and the climate change community,” said Dr Birol. “We think this debate needs to be taken in a cool-headed manner.

“This calls for a grand coalition that brings together all the stakeholders that have a genuine commitment to reducing emissions — governments, industry, financial institutions, international organisations and civil society.

“Without this grand coalition, it will be very difficult to address this challenge.”

Leading the discussion was Polish climate minister and president of the UN’s COP24 event Dr Michal Kurtyka, who said the 2019 emissions data is proof to stakeholders the current climate process underway is credible.

“Negotiations are necessary but we now have the regime in place to make countries accountable.

“In the EU we have a very ambitious target of getting to climate neutrality by 2050 — but this model must also be credible in terms of balancing consumption with production.

“If we define that goal only by not emitting CO2 then we are missing the other half of the equation which is consumption. If climate neutrality in the EU is to be credible in the rest of the world then it must tackle the challenge of both production and consumption.”

Dr Kurtyka also stressed that efforts to curb global emissions must be done in a way that is fair to stakeholders across the spectrum — ensuring burden-sharing and energy security during the transition for those industries and nations with less wealth and greater dependency on fossil fuel industries, like his native Poland, are not adversely affected.

“Costs will be there before benefits,” he said. “So we must ask ourselves the question of burden-sharing. This is a capital-intensive revolution.”

November will see the UK host the UN’s COP26 summit in Glasgow, Scotland, and the country’s minister for business, energy and clean growth Kwasi Kwarteng emphasised the urgency of addressing the “imminent and very large threat” of climate change — as well as “discharging our duties to the coming generation”.

He said: “Despite the shared commitment of the Paris Agreement we still have a long way to go. It’s good to hear that emissions didn’t go up in 2019, but what we’ve got to do is try to reduce those levels.

“There are signs that are encouraging. The costs of clean power have fallen well below anything we expected. Solar and wind power are now cheaper than coal in two-thirds of countries in the world.

“There is an opportunity to develop low-cost, secure and clean energy to power all sectors of the world economy, and our challenge is to ensure we do this in a quick way which can avoid the real perils of climate change.

“The policy themes of our presidency of COP26 will be clean growth, nature-based solutions, adaptation and resilience, as well as finance.

“The low-carbon economy should not be seen only in terms of cost — there is a big opportunity too.

“Energy efficiency is a clear part of this story. Efficiency gains cut costs as well as emissions and they also improve energy security.”

UK can’t ‘guarantee’ COP26 success, but is making it a priority

Pressed by the Kenyan delegate on whether he could make assurances COP26 would achieve success in making significant progress in the climate challenge, following the “lack of ambition” at last year’s event, Kwarteng said he could make “no guarantees”.

He said: “Let no-one be in any doubt, COP26 is the international priority for the UK government. We take this responsibility extremely seriously.

“We can’t gold-plate this and say ‘this will be a success’. And people will ask how you define success.

“But international diplomacy is right at the centre of what we are trying to do as a government, particularly in the context of leaving the EU. We can’t afford it to be a failure — not just on a global level but also on a national level.”