UN’s COP25 branded ‘disappointing’ – but what was actually agreed?

The 25th Conference of the Parties saw almost 27,000 delegates attend the event, comprised from nearly 200 nations 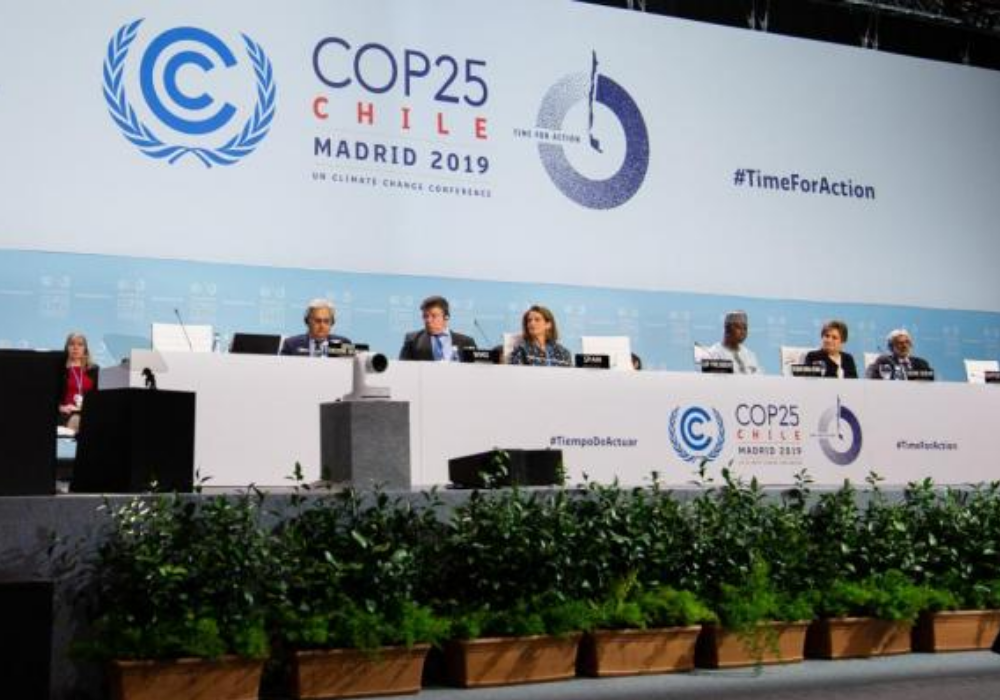 A need for stricter climate targets was one of few agreements made at COP25 (Credit: United Nations)

The COP25 event in Madrid has now wrapped up – but a lack of agreements on key policy changes meant the conference ran over by two days.

The UN’s annual climate conference, which ended on Sunday (15 December), involved lengthy negotiations taking place over the final steps of the Paris Agreement’s Article 6 rules on carbon markets and other aspects of the deal.

Almost 27,000 delegates, comprised from nearly 200 nations, attended the 25th Conference of the Parties in the Spanish capital – about 4,000 more than at COP24 in Katowice, Poland, last year.

But despite the high attendance, the UN’s secretary general Antonio Guterres took to Twitter to admit his disappointment at the outcome of the event.

He said: “The international community lost an important opportunity to show increased ambition on mitigation, adaptation and finance to tackle the climate crisis. But we must not give up, and I will not give up.

“I am more determined than ever to work for 2020 to be the year in which all countries commit to do what science tells us is necessary to reach carbon neutrality in 2050 and a no more than 1.5C temperature rise.”

I am disappointed with the results of #COP25.

The international community lost an important opportunity to show increased ambition on mitigation, adaptation & finance to tackle the climate crisis.

The COP25 climate talks in Madrid began on 2 December and ended on Sunday, having previously been scheduled to come to close on Friday, 13 December.

Activists from all over the world ascended on the European city to discuss their environmental concerns at the UN’s Framework Convention, after the meeting was originally scheduled to take place in Chile, but political unrest in Santiago led to the change in venue.

The landmark deal, signed by representatives of 196 countries at COP21, created an international pact that aims to reduce greenhouse gas emissions and cap the rise in global temperature at “well below” 2C compared to pre-industrial levels, with less than 1.5C being the ideal scenario.

It allowed for countries to set their own goals on how to reduce greenhouse gas emissions, with some countries setting stricter targets than others.

A report on the world’s “carbon budget” was published at the start of COP25, revealing that greenhouse gas emissions rose by 0.6% last year, which is less than previous years but still not enough to meet the Paris Agreement goals.

“Chile-Madrid Time for Action” was one of the first declarations to be passed at the event, which called for an “urgent need” for countries to improve their current pledges to curb emissions.

But China and Brazil opposed placing any obligation on countries to submit enhanced pledges next year, stating it should be each country’s own decision.

COP25 talks on Article 6 of the Paris Agreement

A big issue on the agenda was resolving the final stages of the Paris Agreement’s Article 6, involving carbon markets.

It was a key reason behind why COP25 has largely been viewed upon as a failure, with it being the last issue of the Paris regime to be resolved.

A notable agreement was Article 6.4, which said it would “create a new international carbon market for the trade of emissions cuts, created by the public or private sector anywhere in the world”.

But in Madrid, the parties failed to reach an agreement over the price of carbon markets, which is seen as a key area in supporting a transition to lower-carbon technologies.

The lack of progress in negotiations means the issue is likely to be high on the agenda at COP26 in Scottish city Glasgow next November.

Developing countries submitted a formal proposal on the Loss and Damage mechanism, which is the term used for climate impacts that can’t be adapted to.

An initiative known as the Warsaw International Mechanism – or Wim – was set up in 2013 to aid issues such as this but has so far failed to provide adequate funding.

As a result, the “Santiago network” was formed at COP25 to lead more work on how to minimise, avoid and recover from loss and damage – but some groups labelled the somewhat limited action as “disappointing”.

Other discussions and agreements at COP25

Indigenous leaders called for global support to prevent new oil drilling and mining operations in the Amazon, following a report revealing plans for a “huge” expansion.

It revealed that Ecuador and Peru are set to sanction oil extraction across an area of forest the size of Italy, and indigenous leaders from the South American countries travelled to COP25 to challenge the expansion of such operations in the region.

The approvals of a new Gender Action Plan and a work plan for the Local Communities and Indigenous Peoples Platform were two very minor triumphs of the talks.

A decision on “common time frames”, which looks to address whether future climate pledges should last five or 10 years and is listed in the Paris goals, could not be agreed and was another subject pushed back to next year.

Elsewhere, teenage activist Greta Thunberg joined a march with 500,000 campaigners during the event, calling for world leaders to listen.

Greenpeace reaction to lack of agreements at COP25

She said: “COP25 was billed as being technical, but it became about more than the negotiations.

“This COP exposed the role of polluters in politics and the youth’s deep distrust of government.

“We needed a decision that responded to the youth, had science as its guiding light, recognised the urgency and declared a climate emergency.

“We need systemic change that people can trust. Decision-makers need to go home and regroup.

“There are some positive forces at work, the High Ambition Coalition offered us a lifeline this week, and the small island states are growing stronger by the day, keeping the Paris Agreement alive.”

Greenpeace UK’s head of politics Rebecca Newsom labelled the conference as “yet another missed opportunity to agree on the global action we need to tackle the climate emergency”.

“On the road to ecological catastrophe, there won’t be many more lay-bys left for humanity to do a U-turn,” she added.

“This is why as the host of next year’s COP, the UK government has an even bigger responsibility to make sure the summit is a success.

“The diplomatic effort to bring countries together and lead by example in setting the world on track to a zero-carbon future must begin now.”

Friends of the Earth response to COP25

Sara Shaw, climate justice and energy coordinator for Friends of the Earth International, said: “The good news for southern communities, indigenous peoples and for the climate is that there is no deal on dodgy carbon trading, which is basically a way of buying and selling emissions, out of the Madrid talks.

“This is despite a last-minute attempt by developed countries and a few big developing countries to push through a destructive deal that would have flooded the system with old carbon credits and opened the door to huge new trading mechanisms.

“This is a small victory, with an even bigger fight ahead into COP26 next year.

“The bad news is virtually everything else. There is no new finance for loss and damage for developing countries hit hard by climate change, nor is there any agreed provision of long term climate finance.”

“On the streets of Chile and Madrid, we saw an explosion of people power, with thousands marching for climate justice.

“During COP25, hundreds of us held peaceful action inside to express our frustration with the lack of action.

“This was aggressively shut down and we were thrown out of the building. But it’s big polluters who should be thrown out, not the people.

“We will continue to stand with indigenous peoples, peasants, fisherfolks, women and local communities whose lives are already being devastated by climate change and who are losing hope of justice from the international climate talks.”