With the expansion project, the company has increased the Moss Landing facility's total capacity to 400MW/1,600MWh, making it one of the world's largest lithium-ion battery energy storage projects 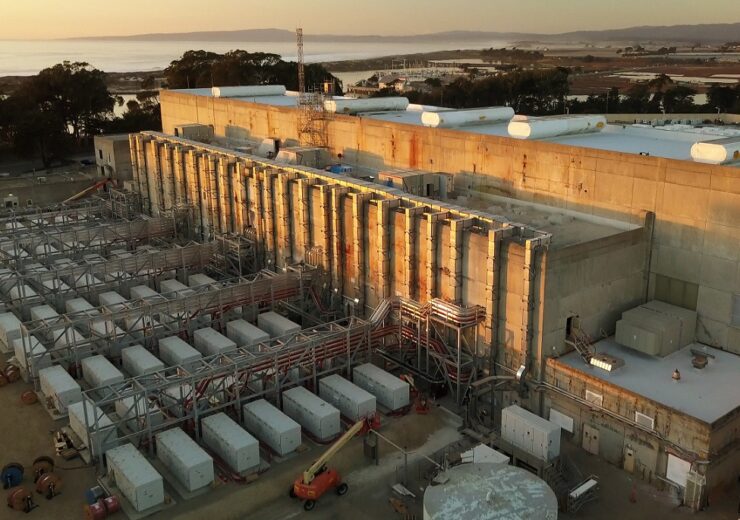 Vistra has announced the completion of construction on the second phase of its Moss Landing energy storage facility in California, US.

Under the phase 2, the company has added 100MW capacity to expand the facility’s total capacity to 400MW/1,600MWh.

Said to be one of the world’s largest lithium-ion battery energy storage projects, the facility is expected to support the transformation of California’s energy system to more clean renewable resources.

The Moss Landing plant holds the capacity to supply emissions-free electricity to 300,000 households when it is required most.

It is owned and operated by Vistra.

State Senator John Laird: “California has committed itself to a renewable energy future and the Central Coast is the perfect example of how to transition former fossil fuel plants to renewable energy centers.

“Vistra’s Moss Landing Energy Storage Facility is a testament to that bright future. Developing battery storage in conjunction with wind and solar energy will ensure reliable, clean energy for decades to come.”

Vistra commenced construction on the second phase of the Moss Landing facility in September last year.

The facility’s expanded capacity is operating under a 10-year resource adequacy agreement with Pacific Gas and Electric Company (PG&E).

According to the company, the 300-MW/1,200-MWh phase I project also has a 20-year resource adequacy agreement with PG&E.

The phase 1 project was connected to California power grid in January this year.

California Independent System Operator senior vice president and chief operating officer Mark Rothleder said: “This facility and others like it will show California and the world what lithium-ion battery storage can accomplish. It will help us keep the lights on this summer and summers to come.”

It holds a power generation capacity of approximately 39GW, which is produced by natural gas, nuclear, solar, and battery energy storage facilities.