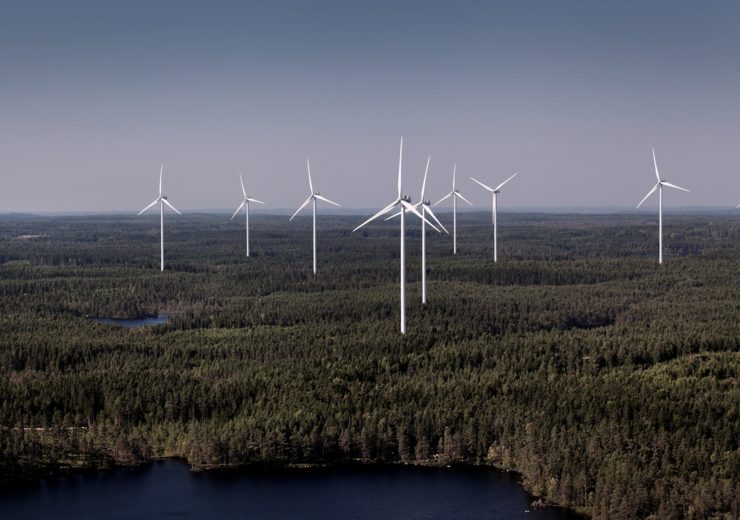 Denmark-based wind turbine-maker Vestas has received five orders to supply a total of 568MW of turbines for wind projects in China, Sweden, Poland, Norway and Italy.

The first order has been received from an undisclosed customer in China. For this order, Vestas has agreed to supply 56 of its V136-3.45 MW turbines delivered in 3.6 power optimised mode, along with a 2-year Active Output Management 4000 (AOM 4000) service agreement.

The wind turbines are expected to be delivered in the third quarter of this year, with commissioning planned during the same period.

The second order has been received in Sweden for a 202MW wind farm, from an undisclosed customer.

As per the order, Vestas will supply 47 of its V150-4.2 MW turbines in 4.3MW power optimised mode. It will also provide a 27-year Active Output Management 5000 (AOM 5000) service to optimise energy generation during the project lifetime.

Delivery of the turbines is expected to begin the first quarter of 2022, with commissioned planned for the third quarter of the same year.

Vestas secures order from ERG for Laszki project in Poland

The third order was placed by ERG for its 36MW Laszki project, to be located in the province of Podkarpackie, Poland.  For this order Vestas will supply 18 of its V100–2.0 MW turbines, each with a hub height of 110m.

Turbine delivery and commissioning could take place in the first half and second half of next year, respectively.

The fourth order was placed by Macquarie’s Green Investment Group for its 79.8MW Norwegian wind project.

The order includes supply of 19 of its V150-4.2 MW turbines along with a 25-year Active Output Management (AOM 5000) service agreement.

The fifth order has been placed by an undisclosed customer in Italy. As per the order, Vestas will supply and install 14 of its V136-3.45 MW turbines for a wind project which had been selected in the Italian auction held last October.

Turbines for the project will be delivered in the fourth quarter of this year, with commissioning scheduled in the first quarter of next year.

To date, the company claims to have an installed capacity of 4.3GW in Italy, since installing its first turbine in 1991.