Upon completion, the wind farm will be able to cover the annual power consumption of nearly 600,000 Danish households 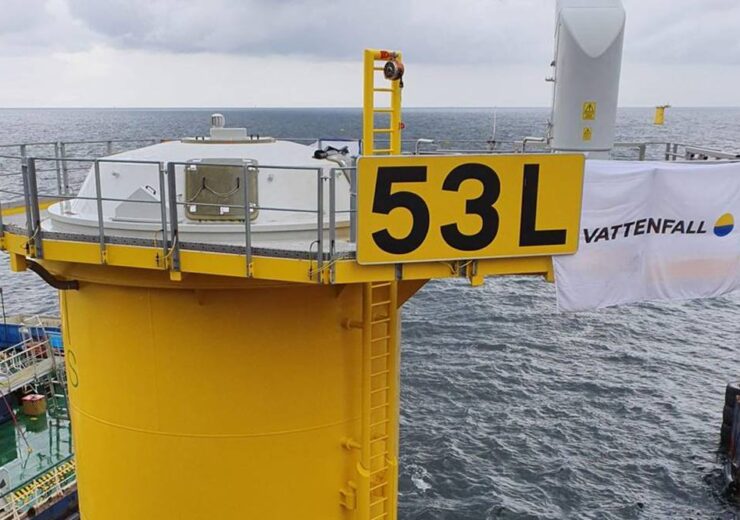 Swedish energy company Vattenfall has announced completion of installation of all 72 foundations at its 600MW Kriegers Flak offshore wind farm in Baltic Sea.

The announcement follows installation of first foundation at the project in May this year.

The company said that the work on the foundations completed despite the special circumstances due to Covid-19 pandemic.

The Kriegers Flak offshore wind farm is being developed in the Baltic Sea, approximately 15km off the coast of Denmark.

Once fully operational by the end of 2021, the wind farm is expected to become Denmark’s largest offshore wind farm with a capacity to cover the annual power consumption of nearly 600,000 Danish households.

Work on Kriegers Flak includes installation of cables and turbines

Vattenfall said that the next work on the wind farm will be the installation of cables and turbines.

The installation and testing of cables is scheduled to be finalised in November this year, while the turbine installation is estimated to commence in early 2021.

Furthermore, the energy company said that the Kriegers Flak project is its latest and largest offshore projects in Denmark.

In June, the company has taken a final investment decision (FID) for the 1.5GW Hollandse Kust Zuid 1-4 offshore wind farm in the North Sea.