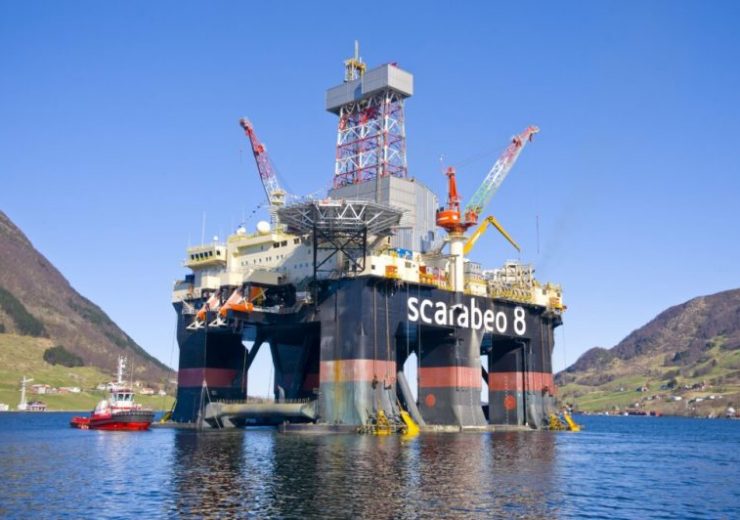 The new oil and gas discovery was made near the Balder field by using the Scarabeo 8 rig. (Credit: Vår Energi)

Vår Energi has made an oil and gas discovery near the Balder field in the Norwegian North Sea following the drilling of the King and Prince exploration wells in production licence 027.

According to the company, the latest preliminary estimates of the discovery indicate 60-135 million barrels of recoverable oil equivalents in place.

Vår Energi CEO Torger Rød said: “The discoveries prove that there are still opportunities in the mature areas on the Norwegian Continental Shelf. I’m proud to represent yet another discovery that will generate activity and create value – for the company, the owners, the supplier industry and the society at large.

“Clearly, our near-field exploration strategy is paying off and is certainly an approach we will continue to pursue.”

The wildcat wells – Prince (25/8-20 S) and King (25/8-20 B) along with an appraisal side-track 25/8-20 C well in the King Paleogene prospect were drilled by the Scarabeo 8 rig, 6km north of the Vår Energi-operated Balder field. The wells are located 3km west of the Ringhorne platform, which is also operated by Vår Energi.

The company is assessing a quick tie-in of the new oil and gas discovery to the existing infrastructure of the Balder Ringhorne area to fast track the exploitation of the Paleogene resources.

The Prince well was drilled to a depth of 2,374m below sea level, where it had intersected an oil column of around 35m in the Triassic Skagerrak formation within good to moderate reservoir sandstones.

On the other hand, the King wildcat well was drilled to a depth of 2,353m at which it encountered a gas column of nearly 30m and a light oil column of around 55m.

The appraisal well 25/8-20 C intersected a gas column of around 40m and an oil column of nearly 55m in Eocene injectite sands.

Vår Energi holds a 90% stake in production licence 027 and is partnered by Mime Petroleum, which holds the remaining 10% stake.