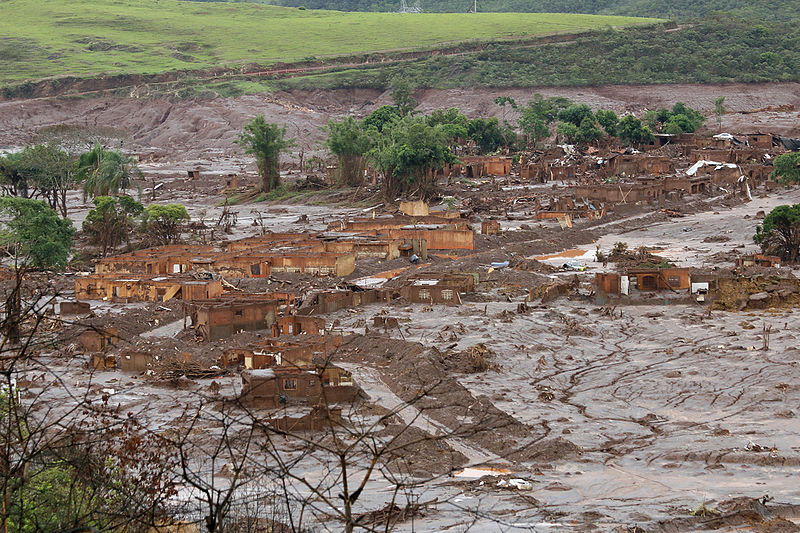 The village of Bento Rodrigues after the disaster in Brazil. (Credit: Senado Federal/Wikipedia)

The High Court of Manchester in the UK has blocked the £5bn lawsuit against Anglo-Australian mining company BHP over the Fundão tailings dam disaster that occurred Brazil in 2015.

The lawsuit was filed by SPG Law on behalf of over 200,000 Brazilian individuals and organisations fighting for justice, appropriate compensation for the victims and environmental restoration, according to Australian Mining.

The Fundão dam disaster at the Samarco iron ore operation in Minas Gerais, Brazil, reportedly killed as many as 19 people. The dam is operated by Samarco, a joint venture of Vale and BHP.

The victims of the dam disaster are now planning to appeal the High Court decision not to proceed with the lawsuit, reported Australian Mining.

As per the claimants, the redress has been entirely inadequate while BHP is largely protected from legal consequences, PGMBM said. SPG Law is now PGMBM.

PGMBM managing partner Tom Goodhead, on behalf of the claimants, said: “BHP have succeeded, once again, in delaying the provision of full redress for the victims of the worst environmental disaster in Brazilian history. BHP’s legal chicanery, both in England and in Brazil, has resulted in a fundamentally flawed judgment that we intend to appeal immediately.

“We will continue to fight ceaselessly, for however long it takes, in any court in the world to ensure that BHP are held accountable for their actions.”

However, BHP said that the UK court decision is a “strong endorsement” of the company’s position.

BHP spokesperson was quoted Australian Mining as saying: “BHP has been and remains fully committed to continue to do the right thing for the victims for the Fundão dam failure and will continue to support the extensive ongoing remediation and compensation efforts of the Renova Foundation in Brazil.”

In November last year, BHP has granted $44m in funding to restart of one concentrator at Samarco Mineração’s operations at its Germano complex in Minas Gerais.