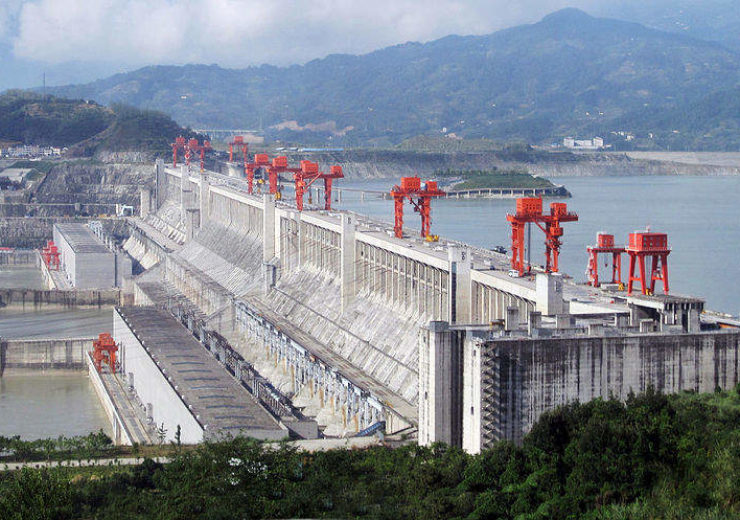 Hydropower is produced by harnessing the gravitational force of flowing water. It is a flexible source of electricity as hydro plants can be scaled up and down quickly to meet the changing energy demands.

It has emerged as one of the primary renewable energy sources that can help in reducing carbon emissions and dependence on fossil fuels.

Hydroelectricity is now one of the most widely-used renewable energy sources, contributing significantly to the power mix across the world. Overall, the world’s hydropower capacity increased from 960.5GW in 2008 to 1,270.4GW in 2017, according to a report released by the International Renewable Energy Agency (IRENA).

With a total capacity of 341.1GW in 2017, China is the leading producer of hydropower in the world. Overall, the country’s renewable energy capacity was 618.8GW in 2017, according to IRENA report.

The 22.5GW Three Gorges hydroelectric power plant, which is the largest hydropower station in the world, is also located in China.  Built with a cost of CNY203bn ($29bn), the plant’s construction was carried out between 1993 and 2012. It comprises 32 turbine / generator units rated 700MW each, and two 50MW power generators.

China is also home to the 13.9GW Xiluodu Dam, which features 18 Francis turbine-generators of 770MW each and an air-cooled generator with 855.6MVA output. The 6.3GW Longtan hydropower project is also located in China.

With an installed capacity of 102GW in 2017, the US is one of the top hydropower producing countries in the world. Hydropower makes a significant contribution to the US renewable energy mix.

Overall, the North American nation saw its renewable energy capacity shot up to 229.9GW in 2017 from 116.4GW in 2008. The country has one of the world’s biggest hydroelectric power plants- the 6.81GW Grand Coulee hydropower project located on the Columbia River in Washington.

It is owned and operated by the US Bureau of Reclamation. With an annual generating capacity of over 24TWh, the hydropower plant started its operations in 1941.

The 8.3GW Tucuruí Hydropower Complex, which is located on the lower Tocantins River in Tucuruí, Pará, Brazil, is among the world’s largest hydroelectric power plants. The plant was constructed with a cost of $5.5bn.

A concrete gravity dam 78m in height and 12,500m in length was constructed for the project. The power station supplies electricity to the Belém town and the surrounding area.

The Robert-Bourassa generating station, which is owned and operated by Hydro-Québec, consists of two power plants installed with total 16 Francis turbines rated at 351MW each.

The country’s hydropower capacity was 51.1GW in 2017, according to the IRENA report. Russia is home to two major hydroelectric power plants in the world. The two plants include the Sayano-Shushenskaya hydropower plant and the Krasnoyarsk Hydroelectric Power Plant.

Operated by RusHydro, the Sayano-Shushenskaya hydropower plant has an installed capacity of 6,400MW. As part of the construction of the power plant, an arch-gravity dam 242m in height and 1,066m in length were built.

The power plant features 10 Francis generating units with a capacity of 640MW each. It generates 23.5TWh of energy annually.

Operated by JSC Krasnoyarsk HPS, the Krasnoyarsk Hydroelectric Power Plant has an installed capacity of 6,000MW. The plant features 12 Francis generating units with a capacity of 500MW each.