More than 20% of the world’s electricity is produced by Russia's hydroelectric power plants, with the country holding a wealth of untapped resources to greatly increase its output 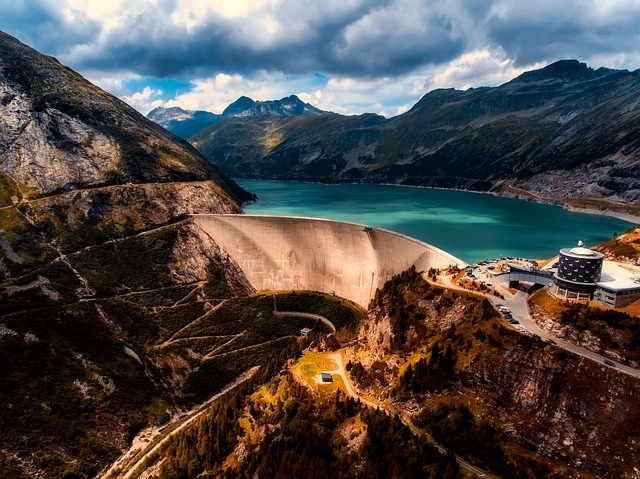 Russia has a total installed capacity of around 45 million kW of hydro-power units in its hydro-power plants with annual power generation of around 165 billion kWh (Credit: Pixabay)

Russia possesses 102 hydropower plants — each with more than 100 megawatts (MW) capacity —  placing the country among the global top 10 hydroelectric giants and second on the planet for potential energy production.

Having a total installed capacity of around 45 million kilowatts (kW), and annual power generation to the tune of around 165 billion kilowatt-hours (kWh), Russia is considered to be placed fifth in terms of global hydropower production.

The power station’s 1,066m-long and 242m-high arch-gravity dam, has an installed capacity of 6.4GW — with 10 Francis hydro turbines each having a capacity of 640MW —producing 23.5 terawatt-hours (TWh) per annum, of which 70% is channeled to four aluminium smelters in Siberia.

After suffering severe damage in a 2009 accident, Sayano-Shushenskaya returned to its regular production capacity in 2014 following extensive restoration and modernisation.

Built between 1956 and 1972, Russia’s second-largest hydro-power plant, the 6.0 gigawatt (GW) Krasnoyarsk dam is located on the Yenisei River in Divnogorsk, 30km from Krasnoyarsk city. Operated by JSC Krasnoyarsk HPS, the hydropower station produces 18.4TWh of power annually, with most of it supplied to the RUSAL-owned Krasnoyarsk smelter.

The Krasnoyarsk power station includes a 1,065m-long and 124m-high gravity-type concrete dam, housing 12 Francis-type generating units with a capacity of 500MW each. The power plant also has the only ship lift in Russia, with the lift platform moving along an electric rack railway with the track gauge measuring nine metres — the widest-gauge railway in the world.

Located near Bratsk city on the Angara River in Irkutsk Oblast, south-eastern Siberia, the 4.5GW Bratsk hydroelectric power plant is a 124.5m-height and 924m-wide concrete gravity dam constructed between 1954 and 1961. Owned and operated by Irkutskenergo, it began operations in 1967 and generates 22.6TWh every year.

The Bratsk hydropower project also has a powerhouse comprising 18 Francis hydro turbines made by Leningrad Metal Works, each with a capacity of 250MW.

The top of the dam has a road for vehicles and the track of the Taishet-Lena railway line. Although the Angara does not have any shipping routes — and therefore no navigational channels — there is scope in the project to assemble a ship elevator.

With an installed capacity of 3.8GW, the Ust-Ilimsk hydroelectric power plant is the fourth-largest hydropower station in Russia and generates 21.7TWh of electricity annually. Also located in the Irkutsk Oblast, near Ust-Ilimsk on the Angara River, this power station was built between 1963 and 1980 and is owned and operated by Irkutskenergo.

The powerhouse is a concrete gravity dam 1,475m-long and 105m-high. It comprises 16 Francis hydro turbines, each possessing a capacity of 240MW. Adjoining the powerplant are two earth-fill auxiliary dams that were constructed as part of the hydroelectric power project. The Ust-Ilimsk power plant can hold two more turbines, which could reportedly raise its installed capacity to 4.3GW.

The Boguchany Dam, located on the Angara River in Kodinsk near Krasnoyarsk Krai is the fifth-largest hydropower plant in Russia. Built, owned and operated by JSC Boguchanskaya GES (a joint venture of Rusal and RusHydro), the 3.0GW power station generates an average of 17.6TWh of electricity per annum with the help of nine Francis hydro turbines, each having a capacity of 333MW.

Fully operational after the ninth generator was installed in 2015, the plant’s power is mostly routed to the Boguchany Aluminium Smelter, towards the Evenkiya region for the development of natural resources (including forests and other mineral deposits) and to tackle power shortages in Siberia.