Possessing some of the world’s richest hydro, solar, wind and geothermal resources, the Americas are one of the leading producers of renewable energy. 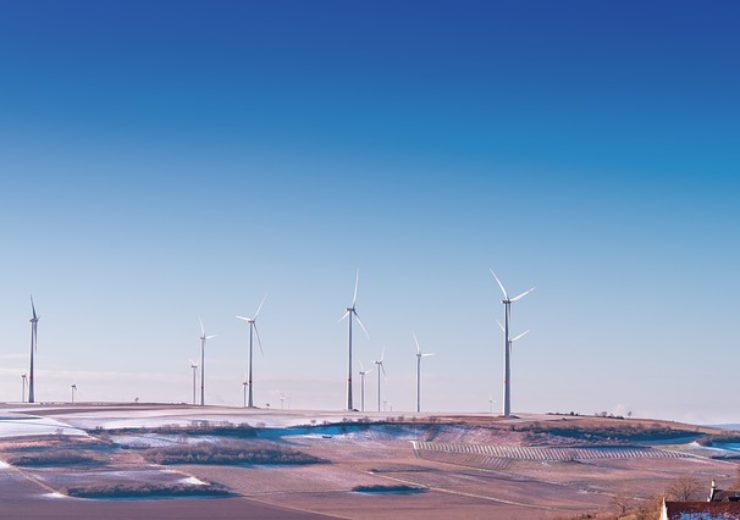 North America ranks third among the regions with the biggest installed renewable energy capacity in the world (Credit: Pixabay)

In 2018, the total installed renewable energy capacity across North America and South America was around 592.5 gigawatts (GW), according to figures from the International Renewable Energy Agency (IRENA).

A further breakdown shows that North America contributed 367.1GW to the total. This is nearly 15.6% of the world’s installed renewable capacity of 2,356.3GW in 2018.

The continent produces a significant amount of its renewable energy from hydropower facilities. Canada, alone, generates 63% of its total electricity from such stations. The US is also home to some of the biggest hydropower facilities. Wind and solar power installations have also shown an increase in recent years.

North America ranks the third-largest producer globally, behind Asia and Europe, which, in 2018, had 1023.5GW and 536.4GW of capacity, respectively.

South America had a total installed capacity of 211.3GW in 2018, making up around 9% of the global total.

Statistics available through to the end of 2018, revealed the US had 94.2GW of installed wind capacity, 51.45GW of solar capacity, and 84GW of hydropower capacity.

The largest wind farms in the US include the 1.54GW Alta Wind Energy Centre in California, the 845MW Shepherd’s Flat Wind Farm in Oregon, and the 781.5MW Roscoe Wind Farm in Texas.

The US is yet to realize its offshore wind potential, with only the 30MW Block Island Wind Farm in operation to date. However, the country is preparing to open its shores to host a series of offshore projects over the next two years.

As per the Solar Energy Industries Association, the US took its installed solar capacity to 69.1GW by the end of Q2 in 2019. Some of the major solar power projects operating in the country are the 579MW Solar Star project, the 550MW Topaz Solar Farm and the 550MW Desert Sunlight Solar Farm, which are all located in California.

The US is also home to some of the largest hydropower plants in the world, in the form of the 6.8GW Grand Coulee hydro project in Washington State and the 3GW Bath County Pumped Storage Station in Virginia.

A significant amount of Brazil’s renewable energy generation comes from hydropower. Brazil ranks second among the top hydropower generating countries, just behind China with an installed capacity of 104.1GW in 2018. The country is home to the 8.3GW Tucuruí Hydropower Complex, built along the lower Tocantins River in Tucuruí, Pará with an investment of $5.5bn.

Brazil is set to increase its hydropower capacity further through the 11.2GW Belo Monte complex in Pará. With more than 3GW of the hydropower project already commissioned, the remaining capacity is expected to be brought online in 2020.

The country also jointly owns the 14GW Itaipu hydroelectric project with Paraguay, which has been built along the Paraná River.

Canada ranked third among top producers of renewable energy in the Americas, with a capacity of 99GW in 2018.

Renewable energy accounts for two-thirds of the county’s total power generation capacity. The country is also the third-largest producer of hydropower in the world.

A majority of Canada’s solar farms are located in Ontario, with the 100MW Sol-Luce Kingston and the 100MW Grand Renewable Energy Park being some of the large solar facilities.

Mexico, with an installed capacity of 22.1GW, ranks as the fourth-largest producer of renewable energy in the Americas.

Hydropower is the prominent source of renewable energy in the country, accounting for 12.6GW of the total renewal capacity.

The country’s major wind power player, ACCIONA operates four wind farms with a combined capacity of 556.5MW. The projects include three Oaxaca farms and the 250MW the Eurus wind farm.

In November 2019, the North American Development Bank (NADB) and the International Finance Corporation (IFC) agreed to provide $200m in green loans to Infraestructura Energética Nova (IEnova) to fund four new solar power plants in Mexico, which will have a combined capacity of 376MW.

In 2012, Mexico passed a law on climate change, targeting an increase in renewable energy generation to 35% by 2024.

Venezuela is the fifth among the top producers of renewable power in the Americas, with an installed capacity of 15.1GW in 2018.

The country produces almost all of its renewable energy from hydropower. The 10.23GW Simón Bolívar Hydroelectric Plant, also known as Guri Dam, is the biggest hydro project in the country. It is operated and maintained by Venezuelan power company CVG Electrification del Caroni CA (Edelca).

Located about 35km from where the Caroní and Orinoco rivers meet at Ciudad Guayana, Venezuela, the Caruachi project was the third hydroelectric complex undertaken by EDELCA.

The other major hydro project in the country is the 3,167.5MW Macagua Dam located in Bolívar State.

Venezuela also has 50MW of wind capacity and 4MW of solar capacity.