South America is one of the leading hydropower producing regions in the world, with a total installed capacity of 170.8GW in 2018 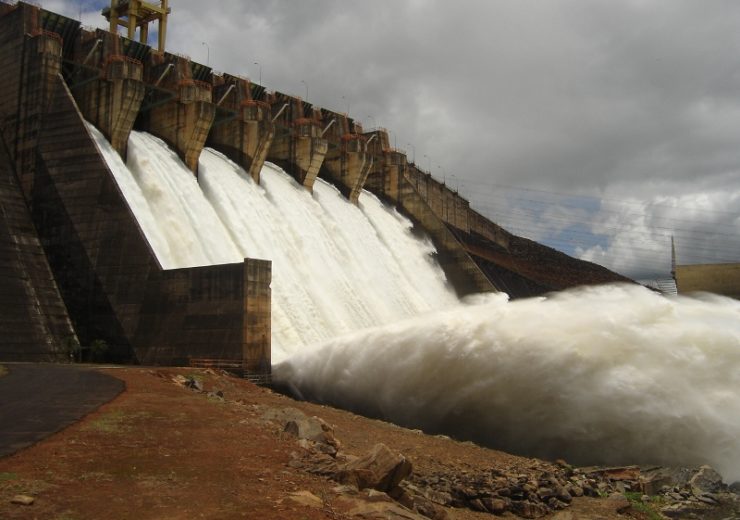 Last year saw South America add 4.85 gigawatts of new hydropower generation – which is just behind East Asia and the Pacific’s 9.17GW in regions with the most installed new hydropower capacity, according to the International Hydropower Association (IHA).

Brazil takes the credit for placing South America in the second position, after adding nearly 80% of new hydropower capacity in the continent in 2018.

South America is home to four of the 10 largest hydropower plants in the world. However, its hydropower generation has been facing an increased challenge from variability in climate. According to the IHA, severe droughts in Argentina, Venezuela, Uruguay, and north-eastern regions of Brazil in the summer of 2017-2018 slowed down its hydroelectric generation.

Fluctuations in climate and installed capacity in the region have resulted in the initiation of regional interconnection projects to address the increasing demand in energy-deficit countries while existing hydropower projects are undergoing rehabilitation and expansion.

With 104.1GW of installed hydropower capacity, Brazil is the top hydropower producer in South America, as per the 2019 Hydropower Status Report released by the IHA.

It is also the second highest producer of hydropower globally, just behind China. Brazil claimed this position by surpassing the US after placing 3.055GW of new hydropower capacity online at the 11.2GW Belo Monte complex in the north-eastern state of Pará.

The Belo Monte complex, which is being built along the Xingu River, is set to become the fourth largest hydropower project in the world once it becomes fully operational in 2020. Belo Monte, which is estimated to have cost $18.5bn, is owned by Norte Energia and will be operated by Eletronorte.

Venezuela, with an installed hydropower capacity of 15.3GW last year, is the second biggest hydropower producing country in South America.

The Simón Bolívar Hydroelectric Plant has been producing power since 1978 and has successfully met nearly 80% of demand for electricity in the country. However, since March 2019, a major technical issue led to the disruption of power supply which is yet to be fixed.

Colombia is the third biggest producer of hydropower in South America, with an installed capacity of 11.8GW in 2018.

Hydropower accounts for 70% of the country’s total installed energy capacity. Other renewable energy sources contribute to a small extent to Colombia’s energy market. Given its hydropower capacity, the country expects to reach its target of reducing greenhouse gas emissions by 20% by 2030.

The 2,400MW Ituango hydropower project, in the Cauca River, is a major upcoming project in the country. Upon completion in 2021, the facility is expected to become the largest power plant in Colombia, supplying 17% of the country’s electricity.

In 2018, IDB Invest, the private sector institution of the Inter-American Development Bank (IDB), agreed to fund $1bn for the development of the Ituango hydropower plant.

Argentina occupies the fourth position in the list of top hydropower producing countries in South America, with an installed capacity of 11.2GW. Hydroelectricity is the third-largest primary energy source for the country, after natural gas and oil.

The country’s government has pledged to produce 20% of its electricity from renewable sources by 2025, compared with just 2% in 2016. In the same year, Voith Hydro and the country’s National University of La Plata (UNLP) agreed to undertake a collaborative hydropower study looking at modernisation of the existing Argentinian large hydropower plants.

Some of the major operational hydropower plants in the country include the 3.1GW Yacyretá HPP, the 1,890MW Salto Grande HPP which is shared with Uruguay, the 1,400MW Piedra del Águila HPP, the 1,260MW El Chocón HPP, and 1,050MW Alicurá HPP.

With an installed hydropower capacity of 8.8GW last year, Paraguay stands in fifth spot on the list. The country produces a significant amount of its power from three hydropower plants that include the 14GW Itaipú hydropower plant, the 3,200MW Yacyretá, and the 210MW Acaray plants. Power from these facilities is supplied to the National Interconnected System to meet the electricity demand.

The Itaipú and Yacyretá are binational hydropower facilities owned jointly with the governments of Brazil, and Argentina.

The Itaipú project, which alone met 90.8% of Paraguay’s total electricity demand in 2018, is undergoing a modernisation for increased asset life and electricity generation.

Modernisation of the Acaray hydropower plant is also being undertaken to enhance reliability and generating capacity. The project received a $125m loan approval from the Inter-American Development Bank (IDB) in 2018.

Expansion plans are also underway for Yacyretá hydropower plant to add three turbine-generator units to the 3.2GW plant’s existing units and increase production by 9%, according to the IHA report.