Five biggest hydropower plants in the US

Hydropower plants are on the rise in the US, as hydroelectricity has emerged as one of the important contributors to the country's renewable energy mix in recent years 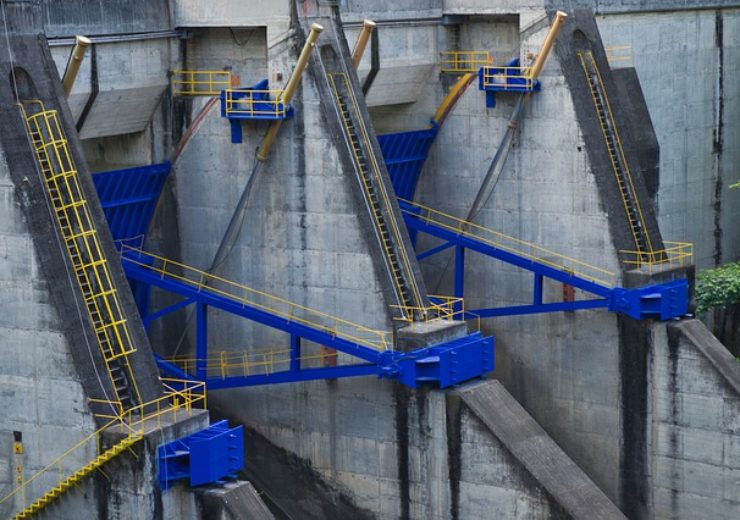 The US is also one of the top hydropower producing countries in the world. (Credit: Manuel de la Fuente/Pixabay)

Hydropower plants are located in more than 30 states in the US, with a significant concentration in Columbia River basin. With an installed capacity of 102GW in 2017, the US is also one of the top hydropower producing countries in the world.

Overall, the renewable energy capacity of the North American nation increased to 229.9GW in 2017 from 116.4GW in 2008, according to a report released by the International Renewable Energy Agency (IRENA).

NS Energy profiles the top five biggest hydropower plants in the US:

With an installed capacity of 6.81GW, the Grand Coulee hydropower project is located on the Columbia River in Washington. The facility is the biggest hydropower plant in the US. It is owned and operated by the US Bureau of Reclamation.

With an annual generating capacity of over 24TWh, the hydropower plant started its operations in 1941.

It features three power plants and a concrete gravity dam 168m high and 1,592m in length. A total of 18 Francis turbines rated 125MW and three 10MW additional units were installed at the Grand Coulee hydro-power station.

Located in the northern corner of Bath County, Virginia, it a pumped storage hydroelectric power plant with a capacity of 3GW. It stands second in the list of biggest hydropower plants in the US.

Operated by the US Army Corps of Engineers, the Chief Joseph Dam is a hydropower producing dam in the US, with an installed capacity of 2.6GW. It a concrete gravity dam on the Columbia River, 2.4km upriver from Bridgeport, Washington.

The facility occupies third spot in the list of biggest hydropower plants in the US.

The Bonneville Power Administration markets power generated by Chief Joseph Dam. According to the US Army Corps of Engineers, the single powerhouse is over a third of a mile long and features 27 house-sized turbines.

Constructing the Chief Joseph Dam required about 2.2 million cubic yards of reinforced concrete. It contains 84 monoliths. Power generated by the facility is initially carried to the Bonneville Power Administration (BPA) switchyard near the dam.

About 80% of the power generated at Chief Joseph Dam is sent to the Everett area north of Seattle. The electricity generated at the dam is used in Washington, Oregon, Montana, Idaho, California, Wyoming, Utah and Nevada.

Located in Lewiston, New York, near Niagara Falls, the Robert Moses Niagara hydroelectric power station has an installed capacity of 2.6GW. It is owned and operated by the New York Power Authority (NYPA).

The Niagara power project is considered as the biggest electricity producer in the New York State.

The facility features 25 turbines, which are spun by 748,000 gallons of water per second, to generate power.

Using a gated tunnel under the City of Niagara, the facility diverts water from the Niagara River into two reservoirs for the generation of electricity. The Robert Moses Niagara power plant started generated power in 1961.

With an installed capacity of 2.1GW, the John Day Dam is located 45km east of the city of The Dalles, Oregon.

It stands at fifth spot in the lists of biggest hydroelectric power plants in the US. It is a concrete gravity run-of-the-river dam spanning the Columbia River in the US.

Construction of the John Day Dam was completed in 1971. The facility was built and is operated by the US Army Corps of Engineers.

The hydropower dam was built with an investment of about $511m. It features 13 turbines with each having a capacity of 135MW. Electricity generated by the hydropower dam is supplied to the Paci­fic Northwest region.