Planned to be developed in two phases, the Texas LNG export facility in the Port of Brownsville will have a total capacity of 4MTA 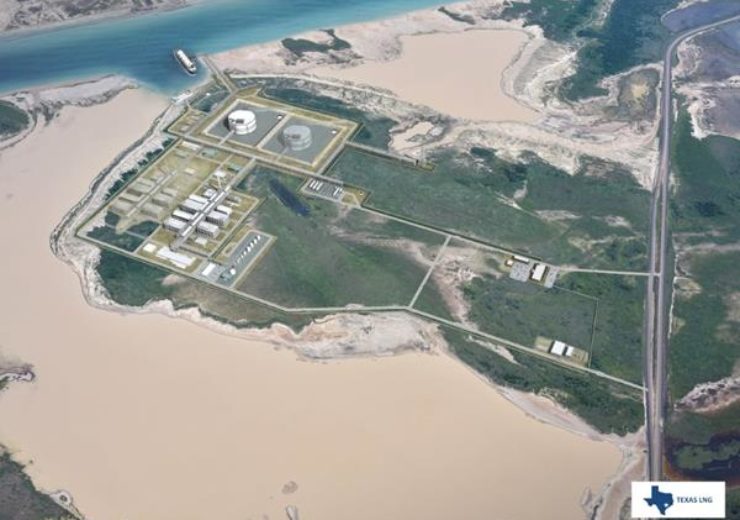 Texas LNG Brownsville (Texas LNG) said that it is set to receive an air permit for its Texas LNG export facility from the Texas Commission on Environmental Quality (TCEQ).

The air permit agreed to be issued by TCEQ will allow the Houston-based LNG export company to construct and operate the proposed liquefied natural gas (LNG) export facility in the Port of Brownsville.

Planned to be developed in two phases, the Texas LNG project will have a total capacity of four million tonnes per annum (MTA).

Previously, the LNG export company had secured authorisation from the Department of Energy (DOE) to export domestically sourced LNG to any country with which trade is not prohibited by US law or policy.

Texas LNG founder and CEO Vivek Chandra said: “We appreciate the hard work and effort from TCEQ and are pleased to have reached this important achievement that paves the way for a 2021 Final Investment Decision (“FID”) and construction of an LNG facility consistent with all air emission regulations.

“Though current LNG markets are unusual in terms of pricing and supply dynamics, Texas LNG is confident that its low-cost, flexible commercial model, and realistically-sized production volumes will be key differentiators, ideally suited for global customers when operations begin in 2025.”

Meanwhile, the Sierra Club said that the Texas LNG export facility to be built in the Rio Grande Valley will have devastating impacts on local communities.

The environmental organisation said that the Rio Grande Valley already has some of the worst air quality in the US, and the decision from TCEQ puts the communities at risk of negative health effects while increasing the risk to vulnerable communities from Covid-19.

Sierra Club campaign representative Rebekah Hinojosa said: “State and federal regulators have consistently refused to listen to concerns from our communities about the threat that these dirty, dangerous fracked gas facilities would pose to already vulnerable populations by pumping even more pollution into the air we breathe.

“Texas LNG still faces legal challenges at the federal level, and we are determined to ensure that it is never built.”