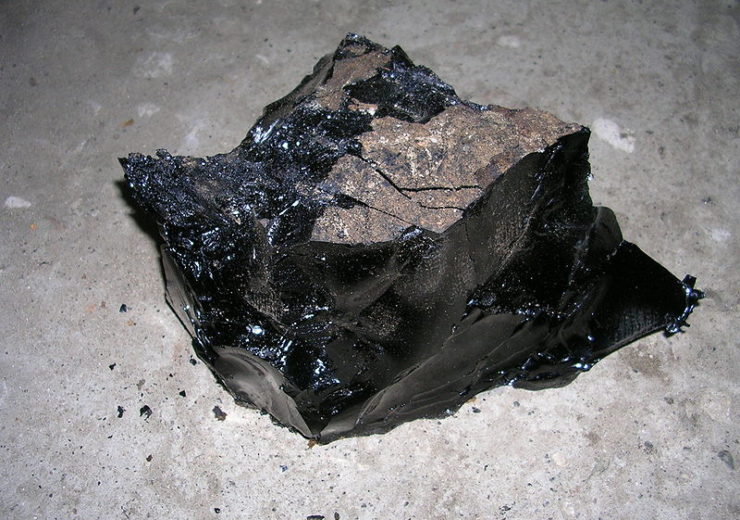 The Frontier Oil Sands Mine Project was to produce about 41,300m3 per day or 260,000 barrels per day of bitumen. (Credit: Wikimedia Commons/Burger)

The announcement from the company comes just days ahead of a decision scheduled to be taken on the project approval by the Canadian cabinet. The cabinet will no longer be taking a decision on the oil sands mine project.

Teck Resources CEO and president Don Lindsay wrote a letter to the Canadian Minister of Environment and Climate Change Jonathan Wilkinson about the withdrawal of the oil sands project from the federal environmental assessment process.

Lindsay wrote: “I want to make clear that we are not merely shying away from controversy. The nature of our business dictates that a vocal minority will almost inevitably oppose specific developments. We are prepared to face that sort of opposition.

“Frontier, however, has surfaced a broader debate over climate change and Canada’s role in addressing it. It is our hope that withdrawing from the process will allow Canadians to shift to a larger and more positive discussion about the path forward. Ultimately, that should take place without a looming regulatory deadline.”

The decision from the Canadian mining company comes despite a recommendation for approval for the project from a review panel made up of Canadian energy regulators in July 2019.

The panel at that time ruled that the oil sands mine project is in public interest as it is expected to drive major economic benefits to the region which outweigh the adverse impacts on the environment and indigenous communities.

Teck Resources said that owing to the decision to withdraw the application, it will write down the CAD1.13bn ($850m) carrying value of the Frontier oil sands mine project.

Jonathan Wilkinson and Canada Minister of Natural Resources Seamus O’Regan, in a joint statement, said: “As Teck has rightly pointed out, and as many in the industry know, global investors and consumers are increasingly looking for the cleanest products available and sustainable resource development.

“We agree with Teck and leading industry groups that all orders of government need a real plan for climate action now and to reach a net zero economy by 2050.”

Frontier oil sands mine project could have generated 7,000 jobs

The Frontier oil sands mine project was proposed to be developed between Fort McMurray and Fort Chipewyan, with an aim to produce nearly 41,300 cubic metres per day or 260,000 barrels per day of bitumen.

The project was expected to create 7,000 jobs during its construction phase and up to 2,500 operation roles through the life of the mine.

Furthermore, the oil sands project was projected to contribute more than C$70bn ($52.77bn) to federal, provincial, and municipal governments through taxes, federal corporate income, and royalties.

But over the past five years, the Institute for Energy Economics and Financial Analysis (IEEFA) has repeatedly warned that the project was not financially viable.

A January 2020 analysis said the proposal was “misguided” and “reckless” because it was based on inflated oil price estimates of $95 per barrel, or better, for years to come.

IEEFA director of finance Tom Sanzillo said: “Teck’s leadership has acknowledged that conditions have changed, and the $20bn Frontier project is no longer a good investment.

“Market forces have confirmed what indigenous leaders and environmental advocates have been saying for years— that expenditures on the oil sands mine would have been a waste of public and private resources.”