TC Energy’s Keystone XL Project is a 1,947km long pipeline designed to transport heavy crude sourced from Canadian oil sands into the US 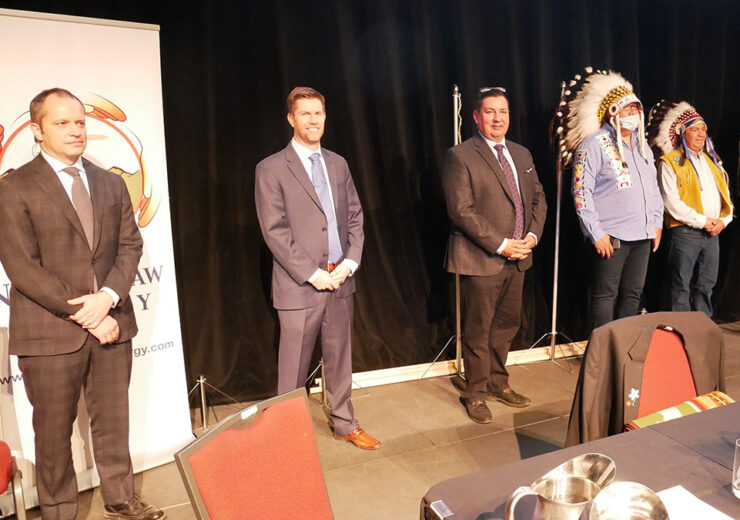 TC Energy has signed a memorandum of understanding (MOU) with Natural Law Energy (NLE) to enable the latter to acquire a stake in its $8bn Keystone XL project and other related midstream and power projects in the future.

Natural Law Energy represents five First Nations in Canada, of which four are from Alberta and the other is from Saskatchewan.

According to TC Energy, the MOU represents the strong commitment of the parties in creating a meaningful and important long-term partnership.

Natural Law Energy CEO Travis Meguinis said: “This very substantial and historic agreement has been reached through the practice of traditional protocols involving our grassroot Chiefs and leaders.

“All the Chiefs, NLE and TC Energy worked hard to develop a path for all First Nations and industry to follow. This partnership is historic and one of the largest ever of its kind in Canada and around Turtle Island (North America).”

A final agreement between the parties is anticipated to be executed in the fourth quarter of this year to formalise the participation of Natural Law Energy in the Keystone XL Project.

The Keystone XL project is a 1,947km long pipeline designed to transport 830,000 barrels per day (Bbl/day) of crude oil sourced from Hardisty, Alberta, to Steele City, Nebraska in the US.

Keystone XL president Richard Prior said: “We will work closely with Natural Law Energy and its members to facilitate Indigenous ownership in our future projects not only because it makes good business sense but because it’s the right thing to do for our Liquids Business Unit.

“We aspire to expand this model into future opportunities for other Indigenous groups along our Keystone XL right-of-way both in Canada and the Unites States.”

Earlier this month, TC Energy awarded a contract to Michels for constructing pipeline facilities on the Keystone XL Project. Under the contract, Michels will handle the construction of eight pump stations across the US states of Montana, South Dakota, Oklahoma and Texas.