The 1,897km Keystone XL pipeline aims to supply crude from the Alberta oil sands in Canada to the US Gulf Coast refineries 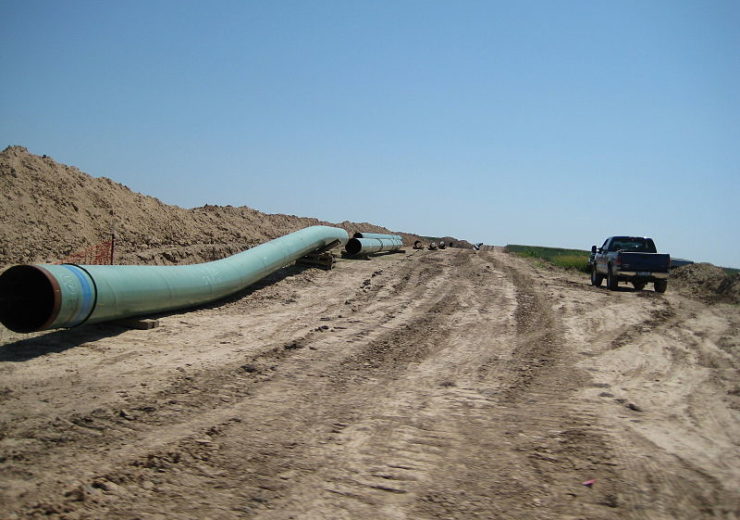 The Keystone XL pipeline will supply crude from the Alberta, Canada to the US Gulf Coast refineries. (Credit: shannonpatrick17 from Swanton, Nebraska, U.S.A/Wikipedia)

The 1,897km Keystone XL pipeline aims to supply crude from the Alberta oil sands in Canada to the US Gulf Coast refineries.

Under the contract, Michels Canada will directly hire about 1,000 workers each year over the two-year construction period.

Michels Canada president Dean Cowling said: “Michels Canada is pleased to be selected to build the Keystone XL Pipeline Project, which will bring with it thousands of good-paying jobs and economic benefits to local communities along the pipeline route.

“We look forward to initiating construction this summer and take pride in our reputation for delivering quality work safely and with care for the environment.”

Michels Canada to commence project construction near Oyen, Alberta in 2020

Michels Canada plans to commence construction on the project in 2020 near Oyen, Alberta. Work is scheduled to complete near Hardisty, Alberta in the spring of 2022.

Capable of delivering 830,000 barrels of heavy crude oil a day, the cross-border crude oil pipeline will originate from an oil terminal at Hardisty, Alberta, and traverse through Montana and South Dakota to connect with the existing Keystone Pipeline system at Steele City, Nebraska.

In April 2020, Montana Chief District Judge Brian Morris in Montana, US has annulled a key permit for the Keystone XL pipeline project.