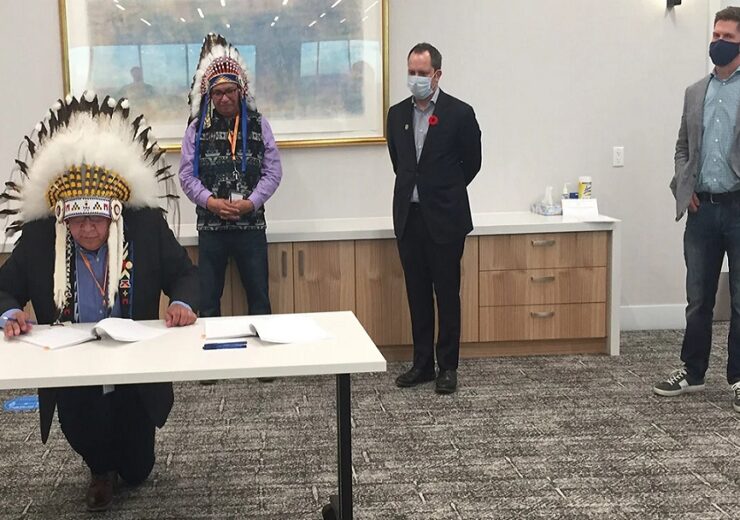 TC Energy has signed a definitive agreement with Natural Law Energy to enable the latter to make an equity investment of up to CAD1bn ($763.7m) in the $8bn Keystone XL pipeline project.

Natural Law Energy is a coalition of five First Nations in Canada, of which four are from Alberta and one of them is from Saskatchewan.

The definitive agreement follows a memorandum of understanding (MOU) signed between TC Energy and Natural Law Energy in late September 2020 to enable indigenous stake in the pipeline project and also other related midstream and power projects in the future.

“As an Indigenous led company, we need to ensure sustainability to Mother Earth and share our understanding as stewards of the land by bringing our traditional protocols and values to these projects.”

The 1,947km long Keystone XL pipeline project is designed to supply 830,000 barrels per day (Bbl/day) of crude oil procured from Hardisty, Alberta, to Steele City, Nebraska in the US.

According to TC Energy, the first phase of the deal with the indigenous group is expected to be completed in the third quarter of next year. It will be subject to Natural Law Energy securing financing.

The agreement also covers the possibility of the indigenous group pursuing a stake in future liquids projects.

Keystone XL Pipeline president Richard Prior said: “This agreement is a reflection of the meaningful way NLE is choosing to participate in a long-term partnership on the Keystone XL pipeline.

“This partnership will facilitate important input and guidance from NLE on the project as we make this the most sustainable and safest pipeline ever developed. It will also enable the realization of long-term, meaningful economic benefits derived from an attractive return of and on NLE’s investment.”

TC Energy said that as the pipeline project moves ahead through construction, the company will replicate the ownership model for other indigenous communities along the Keystone XL route in Canada as well as the US.

Last month, TC Energy has awarded contracts worth over $1.6bn to six union contractors to carry out construction on the Keystone XL Pipeline across 1,287km in three states in the US in 2021.