Built with an investment of $700m, the facility is expected to contribute to the Indonesian government's plans to increase renewable energy up to 23% by 2025 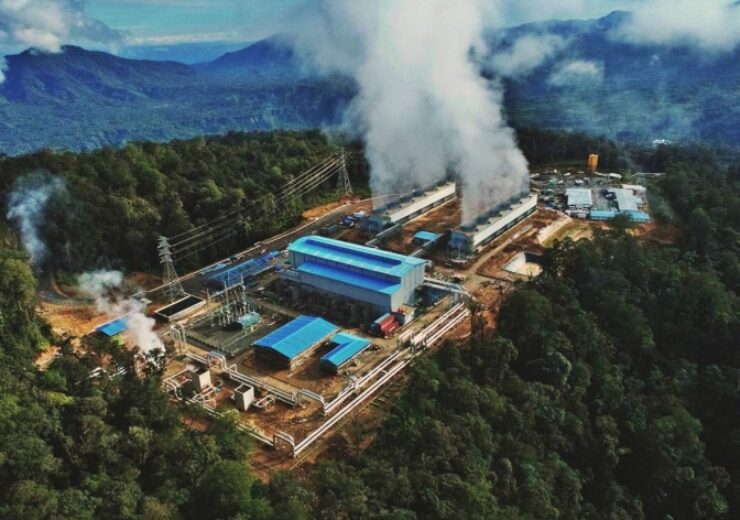 The company is a joint venture between Indonesia-based Supreme Energy, Engie, Marubeni, and Tohoku Electric Power.

SERD has built the geothermal power plant with an investment of $700m in Muara Enim Regency, Lahat Regency and Pagar Alam City in the province of South Sumatra.

Supreme Energy founder and chairman Supramu Santosa said: “Rantau Dedap project is the most challenging geothermal project due to its remoteness with steep terrain, high elevation (2,600 masl) and constructed in the midst of Covid-19 pandemic.

“It shows again a very strong commitment of PT. Supreme Energy and its partners toward the development of Geothermal Energy in Indonesia to support the Government of Indonesia achieving energy transition objective.”

The power generated by the Rantau Dedap geothermal power plant will be sent to the PLN (Persero) Sumatra grid to support the reliable supply of electricity in the Sumatra region. PLN (Persero) has a 30-year power purchase agreement (PPA) in place with SERD.

Supreme Energy began the preliminary study for the geothermal power project in 2008, and nearly four years later inked the PPA.

Exploration activities at the project site began in 2012 and had continued until 2015.

In late 2017, the PPA was amended and the following year, financial closure for the project was achieved. After this, construction and well drilling for development phase were started.

SERD had roped in Rekayasa Industri and Fuji Electric consortium as the engineering, procurement, and construction (EPC) contractor.

Marubeni has a 27.4% stake in the geothermal power plant, while Supreme Energy has a stake of 25.2%. The other partners Tohoku Electric Power and Engie have stakes of 10% and 37.4%, respectively.

The geothermal plant is expected to contribute to Indonesian government’s plans to increase renewable energy up to 23% by 2025.