For the contract, Siemens will supply four new SGT5-2000E gas turbines and will inspect and revamp the six existing turbines 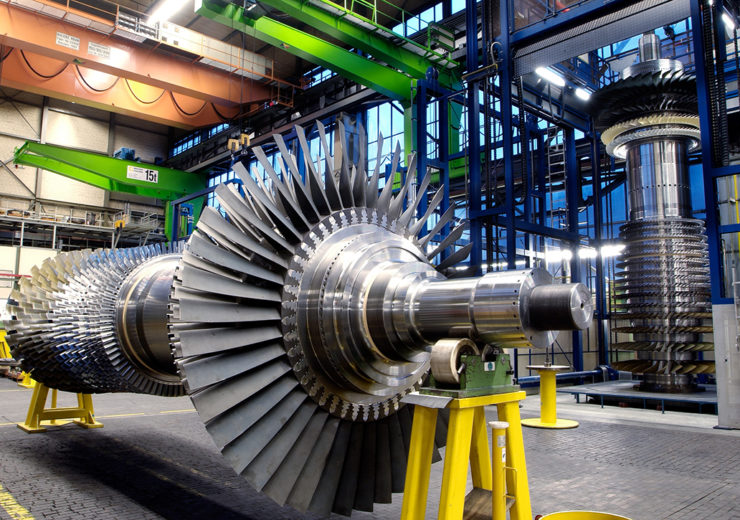 Siemens and Orascom Construction have signed an agreement with Iraq’s Ministry of Electricity to rebuild Baiji 1 and Baiji 2 power plants, with a total capacity of 1.6GW, located in northern Iraq.

To be located about 250km north of Baghdad, work at Baiji will begin once the contracts are approved by Iraq’s Council of Ministers and a financial agreement is reached with the Ministry of Finance. The projects are expected to take up to 28 months after achieving financial closing.

The power plants in Baiji were severely damaged by the attacks from Islamic State militants. Recovering the lost capacity could help in powering Iraq’s biggest oil refinery in the city and concrete plant, apart from supplying electricity to thousands of homes in Salahuddin province and other areas.

Siemens will supply four new gas turbines for the project

For the contract, Siemens will supply four new SGT5-2000E gas turbines and will inspect and revamp the six existing turbines. It will also supply two 400kV and one 132kV substations, along with generators, auxiliaries, automation and control systems, and related electrical equipment.

“We are proud to begin this project to help Iraqis in liberated areas recover and prosper.”

The German electrical equipment manufacturer is claimed to have been expanding its presence in the country and is now claimed to be active at more than 20 locations from Basra to Erbil.

Siemens Power Generation CEO Karim Amin said: “The reconstruction of Baiji 1 and 2 power plants mark the second phase of our roadmap in Iraq and will be the biggest so far in terms of power generating capacity when both plants are completed.

“The rebuilding of Baiji will secure 1.6 gigawatts and will create hundreds of jobs, which is a further demonstration of Siemens’ commitment to support knowledge transfer to the Iraqi people.”

Orascom Construction CEO Osama Bishai said: “We are pleased to return to Baiji, where we constructed one of the original power plants, to work on an important project that will help rebuild Iraq’s power sector and economy.

“This award is testament to our ability to capitalize on our strong expertise as an EPC contractor in the power sector along with our ability to raise attractive financing packages on behalf of our clients.

“Our partnership with Siemens is a continuation of a successful relationship following the remarkable achievements on the mega power projects in Egypt.”