The new carbon-free hydrogen production plant will have an annual production capacity of 2,000 tonnes 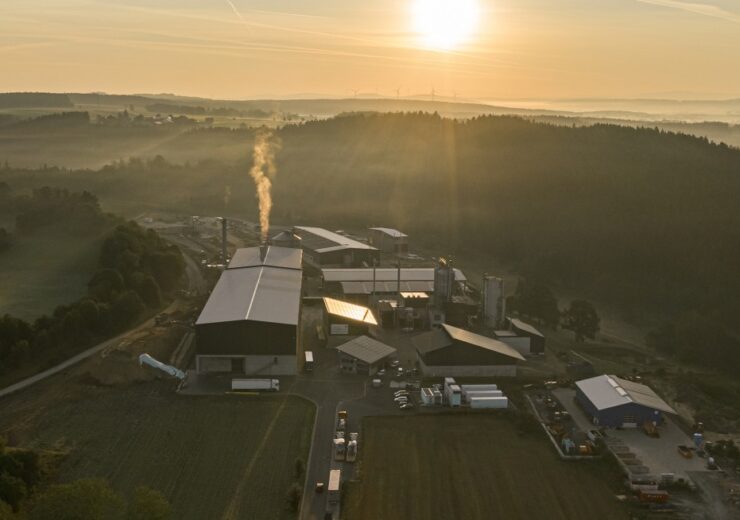 The new CO2-free hydrogen production plant is planned to be built in Wunsiedel. (Credit: Siemens)

Siemens Smart Infrastructure and hydrogen specialist WUN H2 are planning to build what it claims to be one of the largest hydrogen (H2) production plants in Germany.

Located in Wunsiedel in the north of Bavaria, the new CO2-free hydrogen production plant will have a production capacity of 2,000 tonnes annually.

The project’s first-phase involves power intake of 6MW of renewable capacity and produce 900 tonnes of hydrogen, once commissioned scheduled in 2021.

Construction on the first phase of the project is slated to commence by the end of 2020.

The proposed hydrogen production plant is expected to contribute to Germany’s aim to be greenhouse gas-neutral by 2050.

SWW Wunsiedel CEO Marco Krasser said: “For the first time, the oxygen and the low-temperature waste heat generated during production are planned to be reused by nearby industrial operations.

“This will result in maximum energy efficiency and a plant that is unique because all element flows will be utilized. In addition, electrolysis is an important building block toward implementing the ‘WUNsiedeler Weg – energy’, where we make sustainably energy use and climate protection a reality.”

The project will be able to convert renewable energy into storable hydrogen while making it available for applications in mobility and industry. It will serve as an exclusive hydrogen source for northern Bavaria and the border region in Czech Republic, Siemens said.

The electrolysis plant is planned to be built in the Wunsiedel Energy Park, next to the Siemens’ operational manufactured battery storage facility, to complement the future energy concept.

Smart Infrastructure Regional Solutions & Services Germany CEO and Siemens Germany CEO Uwe Bartmann said: “This project is another element of a practised, successful technology partnership between Siemens and SWW Wunsiedel GmbH. We want to achieve locally already today what Germany is targeting for 2050, namely a complete energy transition across all sectors.”