The new electrolyser at Rheinland leverages renewable electricity to produce up to 1,300 tonnes of green hydrogen annually 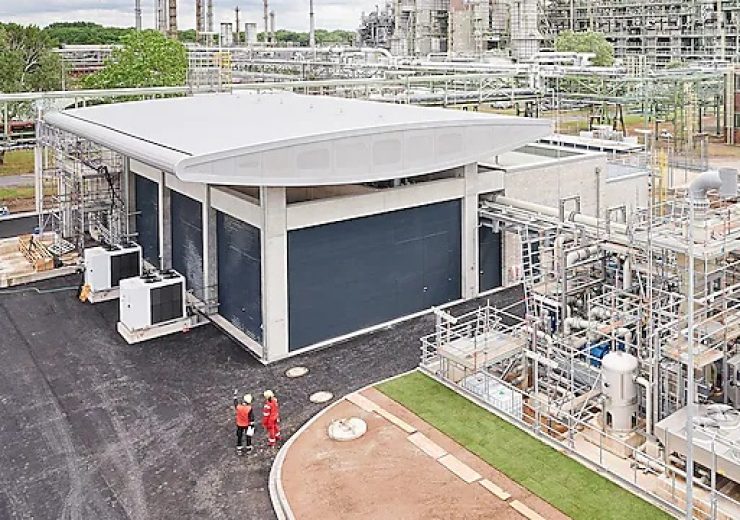 Shell has a target to become a net-zero-emissions energy business by 2050. (Credit: Shell)

Royal Dutch Shell has launched a 10MW PEM hydrogen electrolyser at its Energy and Chemicals Park Rheinland in Germnay to produce green hydrogen.

The project is supported by the Refhyne European consortium, and the European Commission funding through the Fuel Cells and Hydrogen Joint Undertaking (FCH JU).

The new electrolyser at Rheinland leverages renewable electricity to generate up to 1,300 tonnes of green hydrogen annually, which will be initially use to produce fuels with less carbon intensity.

Shell plans to expand the capacity of electrolyser at the Rheinland site from 10MW to 100MW, and to produce sustainable aviation fuel (SAF) using renewable power in the future.

ITM Power CEO Graham Cooley said: “We’d like to congratulate our partners on the successful start-up of Europe’s largest green hydrogen production plant. We all recognise that this is just the beginning of the journey to net zero.

“The next step, Refhyne II, is even bigger and would take us into the hundreds of megawatts for the first time, on our way to gigawatts deployments.

“The vision and commitment of Shell, North Rhine-Westphalia and the FCH JU show what can be achieved to deliver the world’s commitments on climate change.”

Shell aims to transform its refinery footprint to five core energy and chemicals parks, and reduce the traditional fuels production by 55% by 2030, to achieve its net-zero goal for 2050.

Shell downstream director Huibert Vigeveno said: “This project demonstrates a new kind of energy future and a model of lower-carbon energy production that can be replicated worldwide.

“Shell wants to become a leading supplier of green hydrogen for industrial and transport customers in Germany.

“We will be involved in the whole process, from power generation, using offshore wind, to hydrogen production and distribution across sectors. We want to be the partner of choice for our customers as we help them decarbonise.”