The membrane-based electrolyser, which is powered by hydroelectricity, will produce more than 3,000 tonnes of hydrogen annually 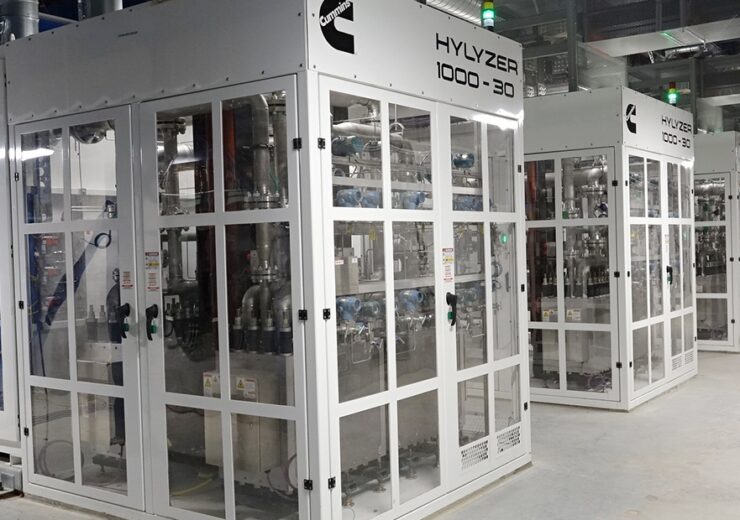 Air Liquide has inaugurated its 20MW proton exchange membrane electrolyser (PEM electrolyser) in Québec, Canada, which has a production capacity of up to 8.2 tonnes per day of low-carbon hydrogen.

Located in Bécancour, the PEM electrolyser is equipped with Cummins’ HyLYZER technology and is powered by hydroelectricity to produce more than 3,000 tonnes of hydrogen annually.

The electrolyser technology was developed by Hydrogenics, a Canadian firm that was acquired by Cummins in 2019.

Cummins said that the new unit features four compact pressurised electrolyser skids that were installed inside an existing building.

Cummins vice president Amy Davis said: “We have successfully developed our technology from 1MW to 5MW, and now have the largest PEM electrolyzer in operation in the world. It will continue to take enterprises, governments, forward-thinking customers and utilities all working together to make alternative power a reality.

“Here we are seeing how green hydrogen can improve sustainability for industrial manufacturing and how the demand for decarbonized hydrogen solutions will grow.”

According to Air Liquide, the new unit will help in the supply of low-carbon hydrogen for industrial use and mobility in Canada and the US. Besides, the electrolysis unit has increased the capacity of the company’s hydrogen production complex in Bécancour by 50%.

The company claimed that the PEM electrolyser will offset nearly 27,000 tonnes of CO2 emissions annually, when compared to the conventional hydrogen production process. This is equivalent to the emissions generated by 10,000 cars per year, said the company.

Air Liquide North America and group executive committee member Susan Ellerbusch said: “The fight against climate change is at the heart of the Air Liquide Group’s strategy. The inauguration of the Bécancour site in Canada marks an important step in the implementation of this strategy.

“With this world’s first, Air Liquide confirms its commitment to the production of low-carbon hydrogen on an industrial scale and its ability to effectively deploy the related technological solutions. Hydrogen will play a key role in the energy transition and the emergence of a low-carbon society.”