Sembcorp Marine, a shipbuilding and repairing company, has won a contract pertaining to two topsides to be installed at the 1.4GW Hornsea 2 Offshore Wind Farm in the UK North Sea. 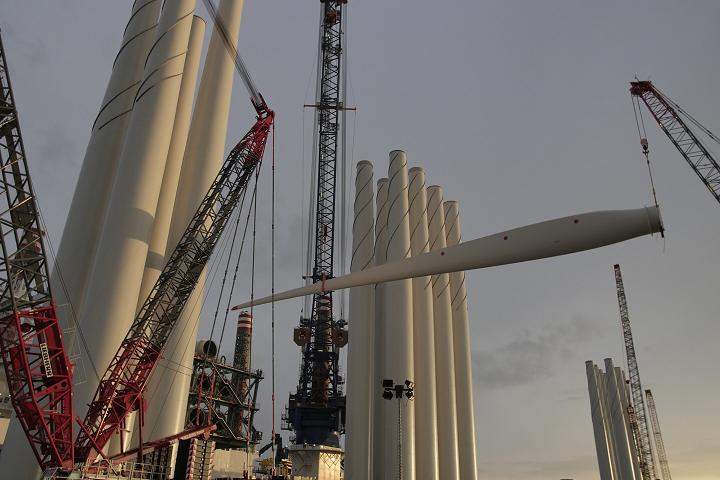 The Hornsea 2 Offshore Wind Farm, which is located 89km north-east of Grimsby, is expected to begin operations in 2022.  Sembcorp Marine’s contract, which was given by Ørsted Wind Power subsidiary Optimus Wind, is for engineering, procurement, construction, hook-up and commissioning works on the topsides.

Weighing a combined 8,700 tonnes or so, the two topsides will be fabricated at Sembcorp Marine’s integrated yard facilities with delivery scheduled for the first quarter of 2021.

Once commissioned, the Hornsea 2 Offshore Wind Farm will be capable of generating enough electricity to meet the power consumption needs of more than 1.3 million UK households.

Sembcorp Marine offshore platforms head Samuel Wong said: “Sembcorp Marine is honoured to have the customer’s trust in our ability to deliver the topsides safely, on time and with the desired quality.

“We are very grateful to Ørsted and Optimus for the contract, and for the opportunity to progress further in the competitive offshore renewable energy market.”

The Hornsea 2 Offshore Wind Farm will be equipped with 165 SG 8.0-167 direct drive turbines to be supplied by Siemens Gamesa under a contract awarded to it in June 2018. Each of the 165 turbines will have a generating capacity of 8MW.

Installation of the turbines for the offshore wind project is due to begin in 2021. A single 8MW turbine will be capable of generating enough power to be supplied to 8,000 average European households.

The project will help in reducing nearly 1.9 million tonnes of CO2 and 46,000 tonnes of SO2 emissions annually.

Apart from the contract for the UK offshore wind farm, Sembcorp Marine also won another renewable energy engineering solutions contract, which is for the design and construction of three identical battery-powered ropax ferries for Norled.