Rio will conduct a $1.2m feasibility study, equally funded with ARENA through a $580,000 grant, into using clean hydrogen to replace natural gas in the calcination process of refining at its Yarwun alumina refinery 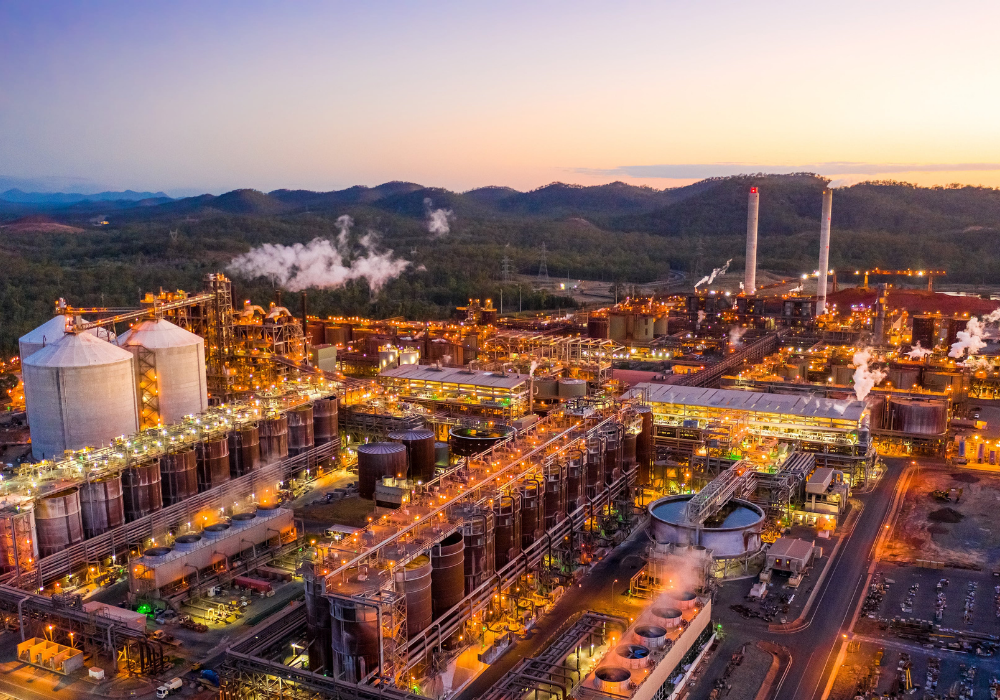 Rio Tinto has partnered with the Australian Renewable Energy Agency (ARENA) to study whether hydrogen can replace natural gas in alumina refineries to reduce emissions.

The Anglo-Australian mining giant, which accounts for about a third of Australia’s total alumina production capacity, will conduct a $1.2m feasibility study, equally funded with ARENA through a $580,000 grant, into using clean hydrogen to replace natural gas in the calcination process of refining at its Yarwun alumina refinery in Gladstone, Queensland.

The study programme includes work to be done at Rio’s Bundoora Technical Development Centre in Melbourne, where the company’s in-house development capability has now been extended to hydrogen.

“We see the ARENA and Rio Tinto-funded study as a step towards reducing refinery emissions and one that has the potential to play an important part in Rio Tinto’s commitment to decarbonisation,” said Daniel van der Westhuizen, Rio Tinto Aluminium Pacific Operations acting managing director.

“We’re investing in work that needs to be done, not only to decarbonise one of our sites but also to help provide a lower-emissions pathway for Rio Tinto and the global aluminium industry.

“We recognise we are on a long road towards reducing emissions across our operations and there is clearly more work to be done. But projects such as this are an important part of helping us get there.”

The study will comprise two distinct work packages. A preliminary engineering and design study will be conducted to understand the construction and operational requirements of a potential demonstration project at the Yarwun alumina refinery.

And then the calcination process will be simulated using a lab-scale reactor at the Bundoora Technical Development Centre.

It is seeking to provide an improved understanding of the potential for renewable hydrogen to be used in the alumina refining process and the scope of development works required to implement hydrogen-fuelled calcination technology at an existing alumina refinery.

Australia is currently the world’s largest producer of bauxite and the largest exporter of alumina, accounting for 15% of global alumina refining capacity.

Alumina refining is an energy-intensive process that uses high-pressure steam to produce the heat required to process bauxite into alumina, which can then be converted to aluminium in a smelting process.

ARENA has identified the alumina sector as a key target in its strategy to support industry to reduce emissions due to the potential size of emissions abatement.

In 2019, alumina refining accounted for more than 14 million tonnes of CO2 in Australia, which represents about 24% of Australia’s Scope 1 manufacturing emissions.

“If we can replace fossil fuels with clean hydrogen in the refining process for alumina, this will reduce emissions in the energy and emissions-intensive refining stage of the aluminium supply chain,” said ARENA CEO Darren Miller.

“Exploring these new clean energy technologies and methods is a crucial step towards producing green aluminium. This study will investigate a potential technology that can contribute to the decarbonisation of the Australian alumina industry.

“If successful, the technical and commercial lessons from Rio Tinto’s study could lead to the implementation of hydrogen calcination technology, not only in Australia but also internationally.”