USDA expects Forest Service to take a thorough review based on the recent input received on the copper project in Oak Flat, Arizona 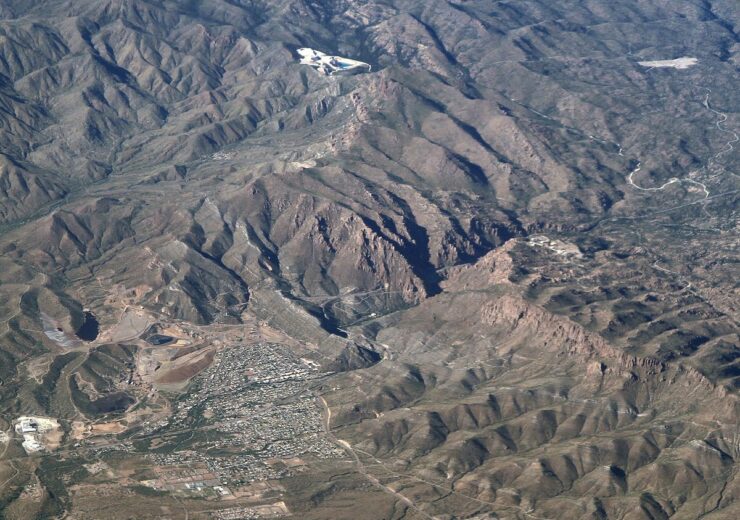 Aerial view of the Resolution Copper project in Arizona. (Credit: zeesstof from The Woodlands, TX, USA)

The US Forest Service has announced that it will rescind an environmental report it had released for Rio Tinto and BHP’s Resolution Copper project in Arizona.

The agency has been directed by the US Department of Agriculture (USDA) to rescind the final environmental impact statement (FEIS) and draft record of decision (ROD) issued for the project.

In January 2020, the Forest Service released the two documents for the copper project and land exchange involved for its development.

The agency said that the time since the release of the documents, significant input was received from collaborators, partners, and the public through multiple means.

The Resolution Copper project is proposed to be taken up on Oak Flat, which is considered to be a sacred site to various federally recognised tribes in the US Southwest.

The USDA stated: “The recent Presidential Memorandum on tribal consultation and strengthening nation to nation relationships counsels in favour of ensuring the Forest Service has complied with the environmental, cultural, and archaeological analyses required.”

According to the department, it needs more time to totally understand concerns raised by tribes and the public and the impacts of the project on the resources.

The department stated: “Because the Resolution Copper Mine and Land Exchange Project was directed under the 2015 National Defense Authorization Act, long term protection of the site will likely require an act of Congress.”

As a result, the USDA said that the time taken for consultations on the project could take several months.

The Resolution copper deposit is estimated to hold 1.7 billion metric tons of copper resource at an average grade of 1.52% of the metal.

For the Resolution Copper project to move ahead, a land swap deal is needed. This will see the parties transferring ownership of land in Arizona to the US government in return for nearly 2,400 acres of national forest, where the mine will be constructed.