Profiling the Resolution Copper mine in Arizona, as land swap draws near

The mining project could supply 25% of US copper demand over four decades, but its progress hinges on a controversial land swap affecting Native American heritage 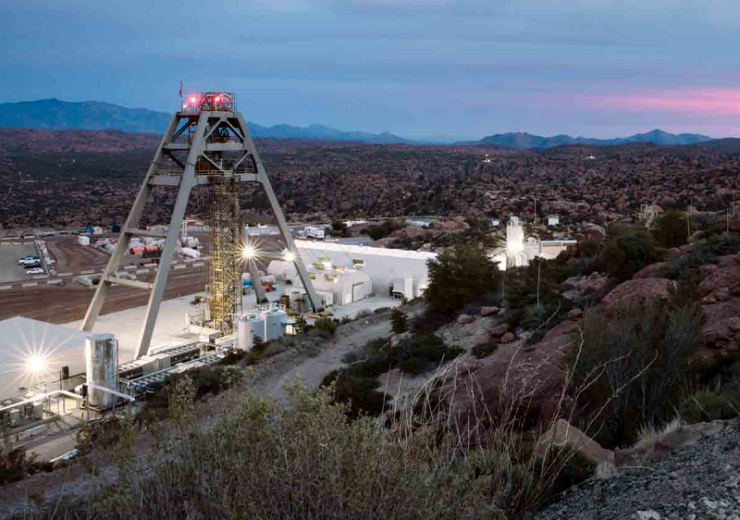 On 15 January, the US Forest Service will publish an environmental impact assessment for the Resolution Copper project in Arizona – paving the way for the next stage of development of a vast mine, tipped to supply a quarter of the country’s copper demand over a 40-year period.

The joint venture between two of the world’s biggest mining companies – Rio Tinto and BHP – claims to be “one of the largest and most technologically-advanced underground copper operations in North America”, which could provide a significant boost to the state economy.

But, for the project to proceed, a land swap deal is required that will involve Resolution transferring ownership of territory in Arizona to the US government in return for roughly 2,400 acres of national forest, where the mine will be built.

While land exchanges are commonly used in mining deals, this one has attracted controversy due to the territory’s links to Native American tribes who oppose the loss of land that has significant cultural, historic, and ecological value.

President Trump is expected to sign off on the swap once the environmental review has been submitted, likely marking one of his final acts in office before the inauguration president-elect Joe Biden on 20 January.

It remains to be seen how a Biden administration will approach the project, although he has been lobbied by local interest groups to intervene and block further development.

Brief history of the Resolution Copper mine in Arizona

Resolution Copper is a joint venture between Anglo-Australian miners Rio Tinto and BHP, which hold a 55% and 45% interest respectively.

Discovery of the copper deposit in the Tonto National Forest, south-east Arizona, was made in 1995, and during the 2000s a series of exploration studies and assessments were made to determine commercial viability.

The mine proposal includes plans to build some of the deepest mineshafts in the US, extending up to 7,000 feet underground. These will give access to an estimated 1.8 billion-tonne resource, measured at an average grade of 1.5% copper.

In 2013, Resolution began the permitting process, submitting initial operational plans to US regulators. The Obama administration provisionally signed off on the land swap in 2014, on condition that an environmental impact survey was conducted beforehand.

This process has continued in the years since, and the final assessment is expected to be published in mid-January 2021 – just days before the Biden administration assumes office.

Once published, there will be a 60-day period for the land swap to be authorised by the government, during which time, by law, “federal agencies must consult with Indian Tribes about proposed actions that may affect lands and resources important to them”, according to the US Forest Service.

If and when the necessary approvals are granted – which will require additional federal permits for construction operations – Resolution estimates a 10-year construction period for the building of mine shafts and processing facilities as well as new transport infrastructure comprising roads and railways.

The Arizona copper mine is slated for a 40-year production life, during which time Resolution says $61bn will be generated in economic value. The group plans to recover roughly 40 billion pounds (18 million tonnes) of copper over that period – enough, it claims, to satisfy 25% of US copper demand.

Members of the San Carlos Apache tribe – which lives on a neighbouring reservation near the town of Superior in Pinal County, Arizona – have voiced their opposition to the land swap arrangement and intend to continue protesting against the mine’s development.

They, along with members of other indigenous American groups, say the territory due to be offered to Resolution is of great cultural and religious significance, with links to Native Americans dating back centuries.

Notable heritage sites in the area include the Oak Flat camping ground and Apache Leap, a 400-foot-high cliff face remembered as a place where Apache warriors jumped to their deaths during the nineteenth century, rather than be captured by US troops.

Resolution says it has placed Apache Leap into “permanent protection under a special management area” following discussions with project stakeholders, although community concerns remain that the sheer size of the mine’s footprint could still disturb the site.

It also says access to Oak Flat will be maintained for “as long as it is safe”, which will be “at least the next few decades”.

Rio Tinto in particular will want to avoid becoming embroiled in a battle with indigenous groups.

Just last year, the company was widely criticised for demolishing a sacred aboriginal heritage site in Australia – the Juukan Gorge caves in Pilbara, Western Australia, where the Puutu Kunti Kurrama and Pinikura people trace their ancestry back 46,000 years.

The incident caused huge reputational damage to the mining giant, and prompted a parliamentary inquiry and the resignation of its chief executive Jean-Sébastien Jacques.

Navigating the cultural sensitivities associated with Resolution Copper will provide an early leadership test for new CEO Jakob Stausholm, and his ability to show the company has learned lessons from Juukan Gorge about addressing the concerns of indigenous groups.

Nevertheless, Rio and BHP have collectively sunk more than $2bn into developing the Resolution Copper project since 2004, and will be keen to see it advance to commercial operation. Demand for copper is expected to soar over the coming decades as a vital component of the green economy, used in a range of technologies that will enable widespread electrification.

The group has said it “respects the sovereignty of tribal communities and recognises that tribes have cultural interests beyond their reservations”.