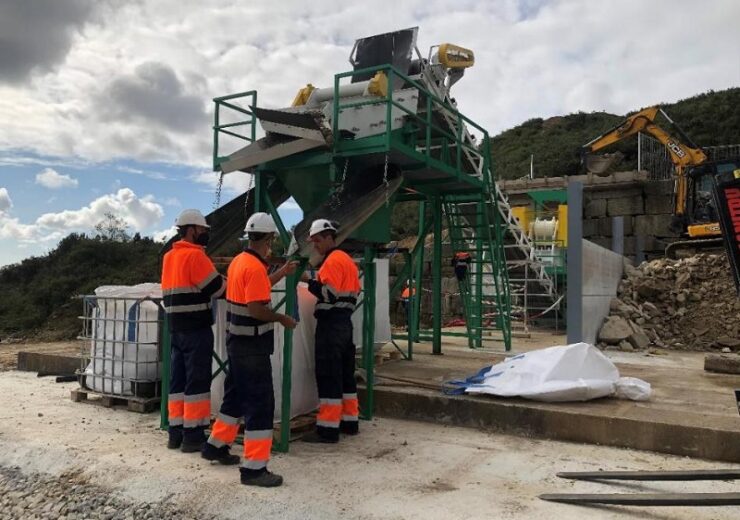 Rafaella Resources said that it has achieved first production from the fully permitted underground mine at the brownfield Santa Comba tungsten project in Spain.

The Australian company said that the production follows the installation of a pilot plant. The first production was from stockpiles left from past operations dating back to nearly 36 years.

According to Rafaella Resources, production from the pilot plant is a major step in the study work for restarting full scale operations at the Santa Comba tungsten project.

Rafaella Resources managing director Steven Turner said: “The successful and safe delivery of the pilot plant, working closely with the authorities to ensure that all permits and approvals were obtained, is a testament to the capabilities of the growing team at site and in Madrid.

“This is the first real step in bringing the Santa Comba tungsten and tin mine back into production, 36 years from when the underground mine was last commercially operated.”

The Australian company said that the feasibility study of the tungsten project continues to progress.

As per metallurgical test-work, the ore has been found to be largely susceptible to magnetic separation.

The company is said to be in the process of wrapping up key water management studies while advancing talks with the quarry operator about a solution to get early access to tungsten ore within the quarry permit.

Rafaella Resources said that under the underground study aimed at scaling up operations, it will carry out a limited drilling campaign of 12 drill holes.

The company has given a contract to Sondeos y Perforaciones Industriales del Bierzo (SPI) for reverse circulation drill rigs needed for undertaking the programme.

The drill holes will be utilised for emplacing piezometers to measure the water table.

Rafaella Resources said that it has so far completed six drill holes for a total of 764m of a planned 1,550m.

Located in northwest Spain, the Santa Comba tungsten project is 60km from the nearest deep-water port by sealed road.