Under the agreement, the LNG supply to Kuwait’s new LNG receiving terminal at Al-Zour Port will begin in 2022 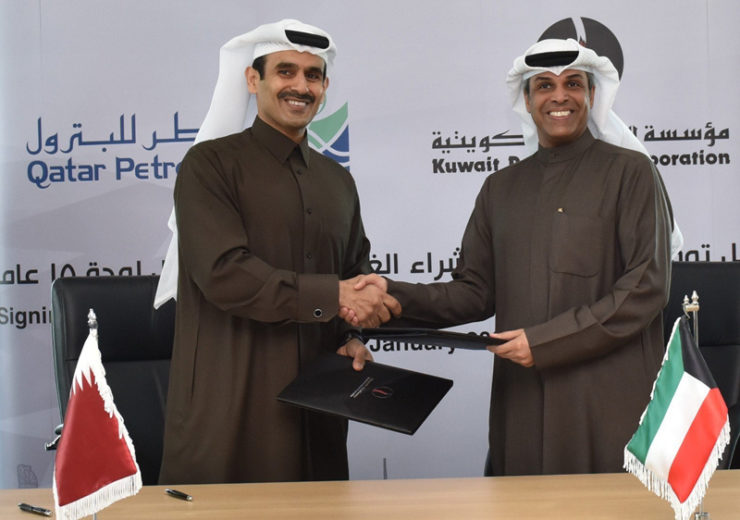 State-owned Qatar Petroleum has signed a 15-year Sale and Purchase Agreement (SPA) with Kuwait Petroleum Corporation (KPC) to supply up to three million tons per year of Liquefied Natural Gas (LNG) to Kuwait.

Under the agreement, the LNG supply to Kuwait’s new LNG receiving terminal at Al-Zour Port will begin in 2022.

The deal is expected to help Kuwait to meet its growing energy needs and demand, especially in the power generation sector.

“We are confident that the exceptional reliability of our LNG supplies will provide KPC with the required flexibility and supply security to fuel the State of Kuwait’s impressive growth.”

Kuwait Petroleum Corporation board chairman, oil and electricity & water minister Khaled A. Al-Fadhel said: “The state of Kuwait is embarking on an ambitious path of economic growth, which requires cleaner energy sources such as natural gas that will contribute to reducing emissions and improving local air quality.

“Whilst KPC is working towards increasing local natural gas production, there remains a pressing need to secure imports of natural gas supplies.”

It has planned to increase its capacity to 126 million tonnes per annum (mtpa) from the existing 77mtpa.

The new target was announced after studies revealed that the North Field’s productive layers extend well into Qatari land in Ras Laffan.  The North Field was estimated to hold more than 1760 trillion cubic feet of gas, in addition to 70 billion barrels of condensates, as well as large quantities of LPG, ethane and helium.