The LNG project has a production capacity of 120,000 gallons per day and storage capacity of more than two million gallons of liquefied natural gas 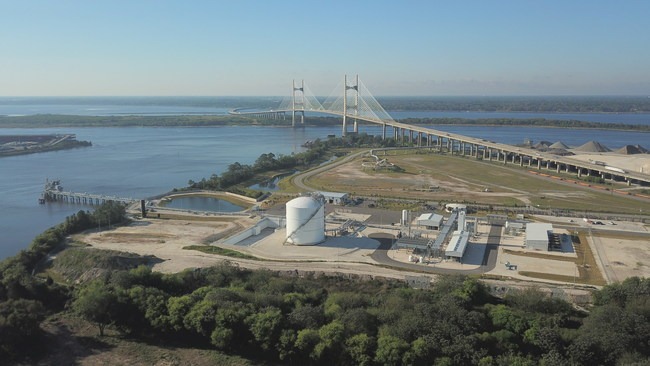 Located at Dames Point, the JAX LNG project has a production capacity of 120,000 gallons of LNG per day and storage capacity of more than two million gallons of the commodity.

The JAX LNG facility is said to be the first small-scale LNG facility in the US having both marine and truck-loading capabilities. It is also expected to cater to rail, mining, power generation, drilling, commercial and industrial, and other industries.

Oaktree infrastructure investing strategy co-portfolio manager Jared Parker said: “We believe LNG is the logical fuel choice for ships calling on ports in the United States.  We are excited to be developing the infrastructure necessary to make this option available for the transportation needs of companies focused on emission reductions and meeting IMO 2020 requirements.”

The JAX LNG project has been designed to enable future expansion to accommodate two liquefaction trains and a second storage tank. The new infrastructure would boost its LNG production capacity to 600,000 gallons per day and storage capacity of up to four million gallons.

The LNG facility features the Clean Jacksonville LNG bunker barge, which was delivered by Conrad Industries, and designed and engineered by Bristol Harbor Group. The 232ft x 49ft LNG bunker barge has a single GTT membrane tank, which has a capacity of 2,200m3.

Pivotal LNG and NorthStar Midstream began construction on the LNG facility in late 2016. The JAX LNG facility will supply LNG under a long-term basis to the Isla Bella and Perla del Caribe LNG dual-fuel container ships, which are operated by TOTE Maritime Puerto Rico.

NorthStar Midstream LNG senior vice president Tim Casey said: “NorthStar and our owners are excited about the partnership we have with Pivotal LNG and Southern Companies in JAX LNG.  We look forward to expanding our ability to bring environmentally-friendly LNG as a next generation fuel to the market”.