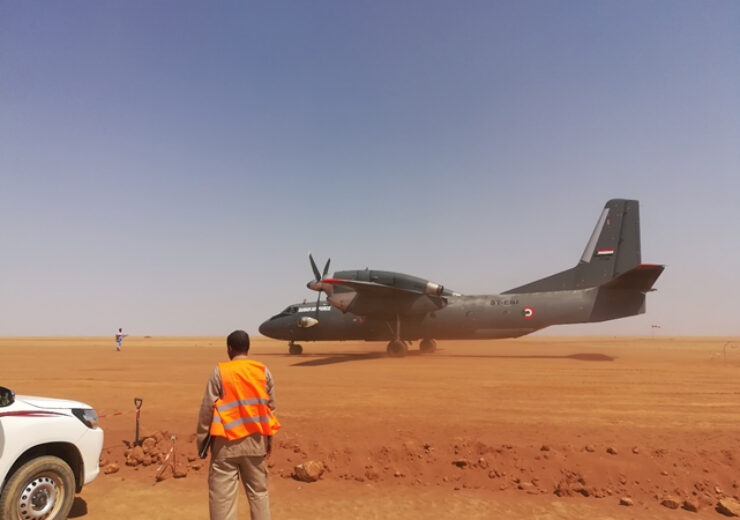 An airstrip at the Block 14 gold project, which is 70% owned by Orca Gold. (Credit: Orca Gold Inc.)

Perseus Mining has agreed to take full ownership of Canada-based gold developer Orca Gold by acquiring the remaining 85% stake in the latter in an all-stock deal worth C$198m ($155.1m).

The Australia-based gold company had acquired the currently held 15% stake in the publicly-listed Orca Gold for C$17m ($13.3m) in cash in late January 2022.

Orca Gold is focused on acquiring, exploring, and developing mineral properties in Africa. Its main asset is the Block 14 gold project in northern Sudan, in which it has a 70% stake.

Other than the Sudanese project, Orca Gold has a 31.4% stake in Canada-based Montage Gold, which owns the Koné Gold Project in Côte d’Ivoire.

Perseus Mining is focused on gold producing assets in West Africa. Currently, the Australian company operates three gold mines, which include Edikan in Ghana, and Sissingué and Yaouré in Côte d’Ivoire.

The Australian firm is offering to issue 0.56 of its shares for every Orca Gold share held for the remaining 85% stake. The offer implies consideration of around C$0.89 ($0.7) per Orca Gold share.

As per the share exchange ratio, Orca Gold’s shareholders will own a nearly 9.1% stake in the enlarged Perseus Mining after the closing of the deal.

Orca Gold president and CEO Richard Clark said: “This important transaction not only brings credibility to Sudan as a mining jurisdiction to invest in, but also provides Orca shareholders an avenue to continue realising the value of Block 14 and the successes of Montage, as well as to benefit from exposure to the larger portfolio of gold assets owned by Perseus.

“I am personally very excited that Block 14 is poised to be a significant part of the impressive gold inventory owned and operated by Perseus.”

Orca Gold’s board has unanimously recommended the company’s shareholders to vote in favour of the deal. The transaction is backed by the company’s directors and officers and some shareholders, who in total, own nearly 37% of its voting securities.

Perseus Mining managing director and CEO Jeff Quartermaine said: “When the transaction is completed, Perseus will have three operating mines currently producing gold at a rate of approximately 500,000 ounces per year and a high-quality development project that if brought on stream, as intended, should ensure that Perseus can maintain or exceed its targeted production level well into the next decade.

“With the objective of operating four mines, Perseus will be well advanced towards fulfilling its aim of becoming a highly profitable, well managed, pan-African gold company that consistently creates benefits for all stakeholders.”

The deal, which is expected to close in early June 2022, is subject to Orca Gold’s security holders’ approval, court approval, regulatory approvals, and other customary conditions.