The offshore wind farm will be located in the North Sea, approximately 121km off the Norfolk coast 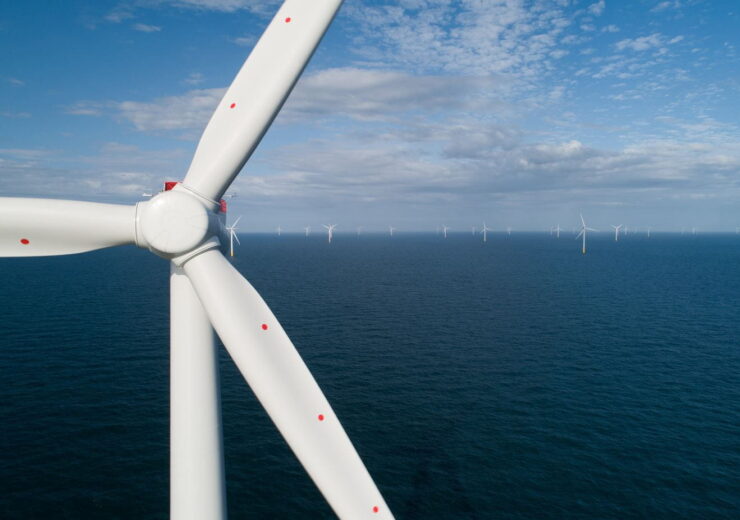 Hornsea Three is expected to feature up to 231 offshore wind turbines. (Credit: Ørsted)

The development consent order (DCO) application for the project was submitted by the company to the UK Planning Inspectorate in May 2018.

The consent has now been announced by the Secretary of State for Business, Energy and Industrial Strategy, Alok Sharma.

Located off the coast of Norfolk, the offshore wind project will be located within the area known as Zone 4, under the Round 3 offshore wind licensing arrangements established by The Crown Estate.

The Planning Inspectorate Chief Executive Sarah Richards said: “When examining the application and making their Recommendation, the Examining Authority took full account of views from communities, particularly those near the North East coast of England who might be affected by this proposal, alongside national policy and evidence of the need for the project.”

The Hornsea Three offshore wind farm will be located in the North Sea, approximately 121km off the Norfolk coast and 160km off the Yorkshire coast.

It is expected to feature up to 231 offshore wind turbines, which will be located within a 696km2 area.

The electricity generated by the wind farm will be enough to meet the average daily needs of more 2 million homes.

Located approximately 89km off the Yorkshire coast in the North Sea, Hornsea Two offshore wind farm is currently under construction.

The offshore wind farm will have an output capacity of 1.4GW and spans an offshore area of 462 km².

In May, the Norwegian Geotechnical Institute (NGI) was Ørsted for a structural measurement campaign at the Hornsea Two offshore wind farm.