With final turbine installation now complete, the 1.2GW Hornsea 1 offshore wind farm is expected to be commissioned early next year 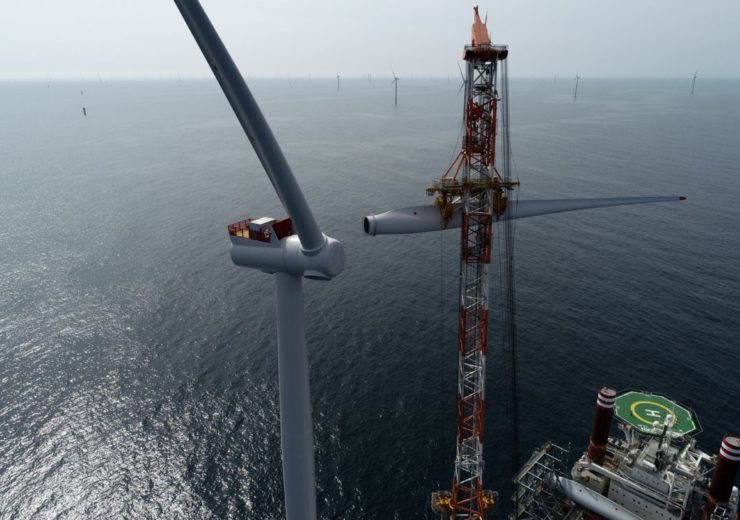 Danish energy giant Ørsted announced that the final turbine at the 1.2GW Hornsea 1 offshore wind farm has been installed.

Located 120km from the coast in the North Sea, Hornsea 1 offshore wind farm is powered by a total of 174 wind turbines, each with a power generating capacity of 7MW.

The turbines, standing at 190m above sea level, with 75m long blades, can generate enough power to be supplied to one UK home for an entire day, with every single rotation.

The wind farm, which is spread across in an area of 407km², will generate enough clean energy to power 1 million UK homes when it is fully commissioned early next year.

Ørsted Hornsea 1 programme director Duncan Clark said: “The milestone of this last turbine being installed only nine months after the first one was erected is just one small part of this record-breaking project. Hornsea 1 has truly paved the way for the next generation of offshore wind farms.

“At the time of taking on the project, it’s scale and the technical pioneering required seemed a Herculean challenge, but a truly extraordinary effort from all those involved have managed to make this impressive feat of engineering the new norm.

“We have benefitted from fantastic working relationships with contractors and suppliers, and that includes vessel providers who have maintained a constant stream of communication to ensure that turbine installation has been concluded on time and within budget.”

Owned as 50: 50 joint venture between Ørsted and Global Infrastructure Partners (GIP), the wind farm features export cables with a total length of 467km. The power generated from the wind farm will be converted into high voltage from medium voltage by three 400MW offshore substations.

In February, Ørsted announced that the first turbine at the Hornsea 1 offshore wind farm had started generating power.