Ørsted said that the first turbine at the 1,218MW Hornsea 1 offshore wind farm in the UK has been installed and has started generating power. 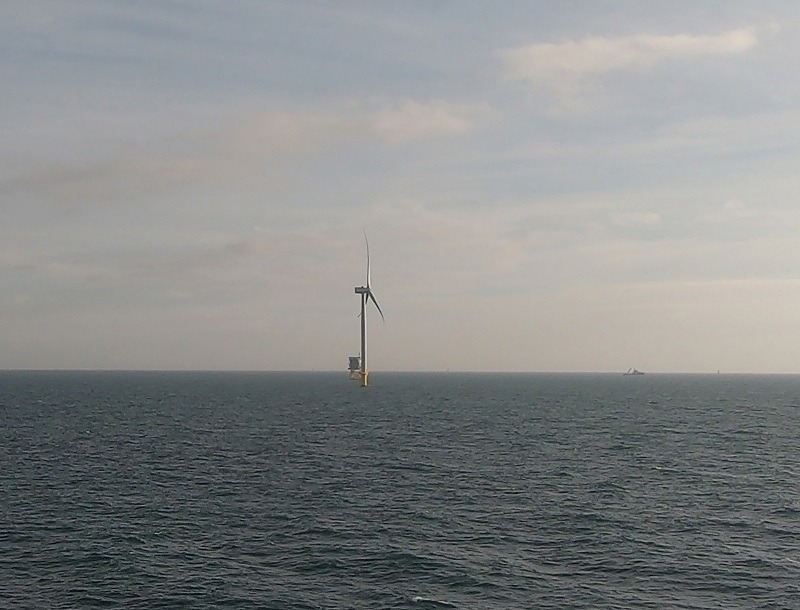 Image: One of the turbines of the Hornsea 1 offshore wind farm. Photo: courtesy of Ørsted A/S.

Overall, the Hornsea 1 offshore wind farm, which is being built in the North Sea, will feature 174 turbines to be supplied by Siemens Gamesa. The offshore wind turbines will each have a capacity of 7MW and put together will generate enough electricity to meet the power consumption needs of more than a million UK homes.

Ørsted reported that 172 out of 174 monopile foundations have been installed at the project site so far. The Danish energy company expects turbine installation to continue until late summer 2019 with a target to wrap up the offshore wind project by Q1 2020.

“The ability to generate clean electricity offshore at this scale is a globally significant milestone, at a time when urgent action needs to be taken to tackle climate change.”

Construction on the offshore wind farm began in January 2018, starting with the installation of the first of the 174 monopiles using GeoSea’s installation vessel, Innovation.

The power generated by the Hornsea 1 turbines will be transported through subsea cables via one of three offshore substations, and the offshore reactive compensation station, before reaching shore at Horseshoe Point, Lincolnshire.

Subsequently, the power from the offshore wind farm is transported through underground cables to the onshore substation in North Killingholme, where it will connect to the National Grid.

ABB, under a $250m contract awarded in April 2016, is responsible for laying a 220kV high-voltage cable system for the Hornsea 1 offshore wind farm.