The proposed transaction will allow OreCorp to focus on the development of Nyanzaga in Tanzania, with Solstice focusing on exploration of the WA assets 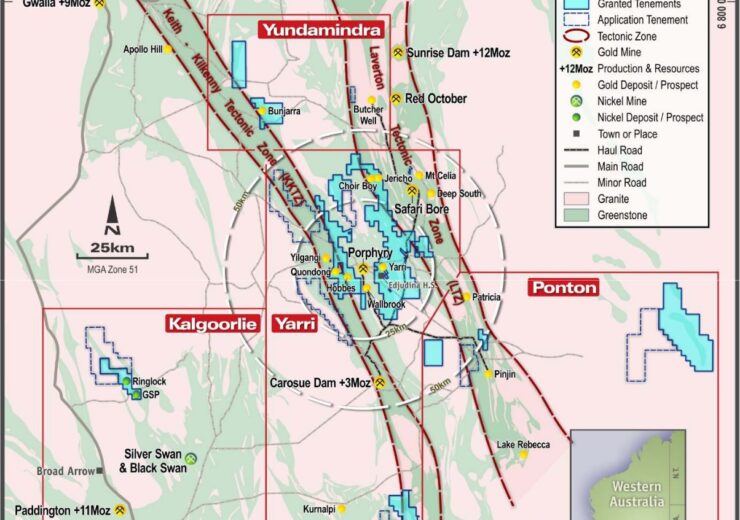 OreCorp Limited (OreCorp or the Company) is pleased to announce its intention to demerge its Western Australian exploration assets (WA Assets), subject to shareholder and other requisite approvals.

Following the grant of the Special Mining Licence (SML) for the Nyanzaga Gold Project (Nyanzaga) in Tanzania, the focus of the Company is the development of Nyanzaga. The WA Assets, which include the Hobbes Prospect (within the Yarri Project) in the Eastern Goldfields, are currently held in the Company’s wholly owned subsidiary, Solstice Minerals Limited (Solstice). The Company is proposing, subject to shareholder and other requisite approvals, to demerge Solstice by way of a capital reduction and in-specie distribution. In conjunction with the demerger, Solstice will undertake an initial public offering (IPO), apply for admission to the official list of the Australian Securities Exchange (ASX) and for quotation of its shares on the ASX, (together, the proposed demerger and IPO being the Proposed Transaction).

OreCorp believes the WA Assets are undervalued within the current company structure and accordingly, is pursuing the Proposed Transaction to unlock the value of the WA Assets for the benefit of OreCorp shareholders. Specifically, OreCorp believes a demerger and separate ASX listing of Solstice represents the optimal way to unlock value for OreCorp shareholders by establishing two unique ASX listed entities with separate geographically focused management teams who are able to pursue independent strategies and growth opportunities. The Proposed Transaction will allow OreCorp to focus on the development of Nyanzaga in Tanzania, with Solstice focusing on exploration of the WA Assets.

OreCorp’s CEO & Managing Director, Matthew Yates said: “With the grant of the SML for Nyanzaga, we believe the time is right to demerge our WA exploration assets and unlock latent value for our shareholders who will continue to participate in Solstice via a pro rata in-specie distribution. The demerger and IPO presents an exceptional opportunity to realise the inherent long-term value of these assets in a WA focussed corporate vehicle. The Board and senior management of Solstice have an outstanding track record of exploration success in the goldfields of WA at Nimary-Jundee, Dalgaranga and Mertondale. We also believe Solstice will attract stronger investor attention and valuation in a standalone entity, while allowing OreCorp to maintain its focus on developing Nyanzaga.”

Details of the Proposed Transaction

If the Proposed Transaction is approved by shareholders and all other conditions are satisfied, OreCorp will distribute 100% of the shares in Solstice to eligible OreCorp shareholders via a capital reduction and in-specie distribution of those shares, pro rata to their shareholdings in OreCorp, on a record date to be determined by the OreCorp Board.

OreCorp has applied for a demerger relief class ruling from the Australian Tax Office (ATO) pursuant to Division 125 of the Tax Assessment Act 1997 (Cth) among other matters. Any final class ruling will only be issued after implementation of the Proposed Transaction.

The Proposed Transaction remains subject to final approval from the OreCorp Board, regulatory and shareholder approvals. OreCorp reserves the right to amend the proposed terms of, or not proceed with, the Proposed Transaction in its absolute discretion. Further updates and information will be released in due course.

Euroz Hartleys and Argonaut Securities have been appointed as Joint Lead Managers for the Proposed Transaction.