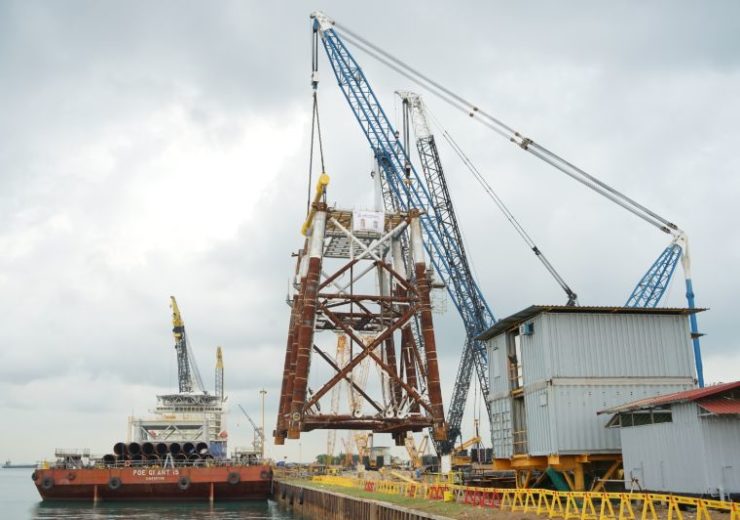 The work is part of the engineering, procurement, construction and installation (EPCI) contract won by McDermott in April 2019 from Qatargas, a subsidiary of Qatar Petroleum (QP). Under the contract, McDermott will be delivering the full suite of EPCI services for eight new offshore jackets to be installed for the North Field expansion project.

Qatar Petroleum CEO Saad Sherida Al-Kaabi said: “The successful, on-schedule completion of the first two jackets is a testament to our commitment to putting the various NFE project components in place, on time, and with the highest safety and quality standards.

“I would like to congratulate Qatargas and McDermott on this milestone achievement and to thank their collaboration with Qatar Petroleum in building these jackets in such a short time.”

McDermott at the time of announcing the contract didn’t disclose its value, but indicated to be in the $50-250m range.

The company deployed its project management and engineering teams based in Doha, Qatar for the contract work, while carrying out the fabrication work primarily at its facilities in Batam, Indonesia.

The company will be using the Derrick Barge 50 and Derrick Barge 27 vessels from its global fleet to undertake the installation and completions work of the jackets.

Qatargas CEO Sheikh Khalid bin Khalifa Al Thani said: “I would like to congratulate everyone at Batam and the entire NFE team for safely and successfully delivering these first two jackets.

“It was very challenging to meet our schedule for sail-away and I have been delighted with the drive, teamwork and flexibility demonstrated by everyone to meet this goal. It clearly portrays the shared values of Qatargas and McDermott in areas of safety, quality, and high-caliber workforce.”

McDermott was awarded the front end engineering and design (FEED) contract in May 2019 for the associated topsides and pipelines to be used for the North Field expansion project. In the previous year, the company won a contract to provide detail design of the offshore jackets for the same project.